A recent study has suggested that College going students prefer smartphones over food. The findings published in the journal ‘Addictive Behaviors’ suggest that smartphones can be more important than food for college students.

“In this study, we provide evidence for the first time that smartphones are reinforcing,” said Sara O’Donnell, a scientist at University at Buffalo in the US.

“We also found that when deprived of both food and smartphones, students were much more motivated to work for time to use their smartphone, and were willing to part with more hypothetical money to gain access to their phone,” she said. The smartphones acted as the reinforcing force for the students.

Now, what exactly is a ‘reinforcing object’?

‘Reinforcer’ can be any action or a thing that is used to bring about a particular behaviour response. For example, Food is a common reinforcer used in numerous experiments which can lead the subject  to do whatever it takes to acquire what they need.

However, in this study it was found for the first time that for college students, smartphones can have a bigger reinforcing power than food – “this means that a college student would be likely to spend more time and energy and even money to acquire phone usage than to get food”.

“The frequency with which we use our cellphones every day is astounding, with estimates ranging from five to nine hours a day,” said Sara O’Donnell, a scientist at University at Buffalo.

“In this study, we provide an evidence for the first time that smartphones are reinforcing,” she said.

The researchers wanted to explore whether smartphones could function as a reinforcing behaviour, the same way that food, drugs and alcohol are reinforcers.

“We also found that when deprived of both food and smartphones, students were much more motivated to work for time to use their smartphone, and were willing to part with more hypothetical money to gain access to their phone,” she said.

The method of study:

As many as 76 college students ranging in age from 18 to 22 were deprived of food for three hours and no access to their smartphones for two hours. During that time, they either studied or read newspapers.

After that, the students could use a computer task in order to earn either the use of their smartphones or 100-calorie servings of their favorite snack food.

As smartphone time or food was earned, the amount of work needed to earn either one increased.

The researchers measured smartphone reinforcement in two ways. One, through hypothetical questionnaire that asked how many minutes of smartphone use an individual would purchase at increasing prices.

The other was through a behavioural index of reinforcement that measured the amount of work (ie the number of mouse button clicks) an individual would expend to use their phone, where the amount of clicks needed to use the phone increases over time.

The more hypothetical money and work the students were willing to spend to be able to use their smartphones reflected a higher reinforcing value, O’Donnell said.

“We knew that students would be motivated to gain access to their phones, but we were surprised that despite modest food deprivation, smartphone reinforcement far exceeded food reinforcement across both methodologies,” she said. 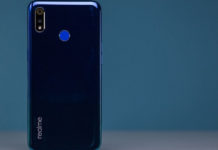 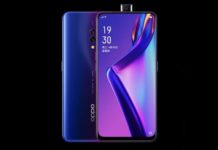 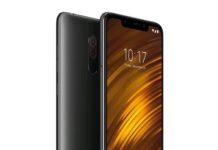