Tripura Government has decided to provide laptops to over 800 school teachers in order to let teachers record students performances individually. It will help teachers to access every student’s ability in various fields or disciplines.

According to the Education Minister Ratan Lal Nath, announced the approval of funds to be provided for conducting ‘Notun Disha’, which means a new direction, and it has been conducted for providing training to the teachers. The funds that are going to be provided is ₹28 crores, for which 800 teachers will be shortlisted for the training programme. The training providers would be NGOs, societies or educational institutions of the country.

The Minister added, that the training will include the atmosphere of Tripura as well as outside the state for offering exposure in respective fields.

Last Month, the state government conducted ‘Baseline Survey’, which recorded educational standards among the students from Classes 3rd to 8th studying in the government schools of the state.

The School Education Department released a notification stating that “Different national surveys have shown that a section of students from 3rd till 8th standard can’t do simple addition, subtraction, division etc, neither can they read out from their textbooks. I am sure nobody is happy with this state of affairs of education…….Our government is committed to developing the academic system in the state by changing this situation.”

“Notun Disha is aimed at making all students efficient and capable in all subjects from the 3rd to 8th standard….It is necessary to know the current educational status of students to fulfill this objective. An educational assessment will be held on each student from class 3-8 from February 25-28”, the notification added.

The survey revealed that 3,20,936 students registered for admission to schools including Classes  III, IV, V, VI, VII and VII.

“The survey report has revealed that 60 percent students, which amounts to 51,599, in the 5th standard, can’t read Bengali language textbook from the 2nd standard. 46 percent of the surveyed students can’t do subtraction and 81 percent of students don’t know how to solve division problems. In the 8th standard, 36 percent students failed to read Bengali textbooks from the 2nd standard. 800 students from the 8th standard couldn’t recognize ‘11’ in digits”, the education minister informed.

He emphasized that the government has been working out modalities in order to train teachers, after which the teachers would be provided laptops for keeping a record of the study material in order to access them anytime.

The Education Department also informed that they would install software which would help teachers record students academic performance individually in order to evaluate progress. 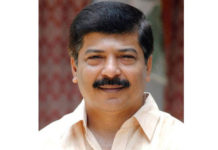 Tripura Govt. to train 40,660 school teachers enabling them to switch to NCERT Curriculum