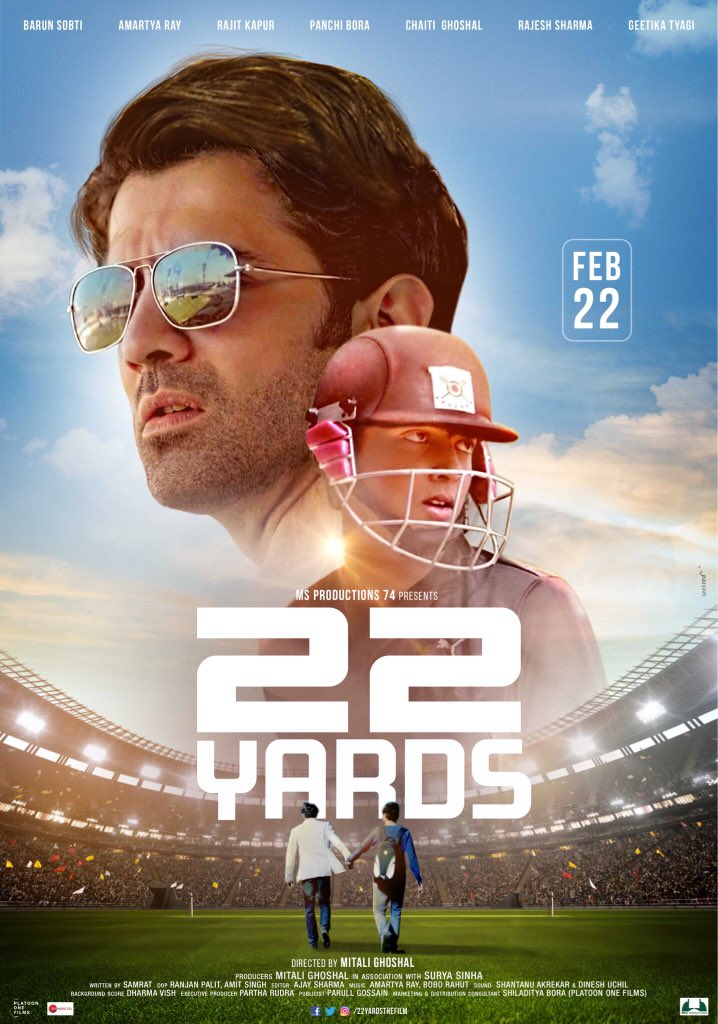 Actor Barun Sobti’s second Bollywood movie ’22 Yards’ released this Friday. The film based on sports features Barun as a sports manager, who is a huge Cricket fan.

The film is directed by sports Journalist Mitali Ghoshal. She is making her debut in Bollywood with this sports-based film. ’22 Yards’ is produced by Mitali Ghoshal in association with Surya Sinha.

Sobti plays the role of a dashing Sports agent who witnesses a downfall in his career. The film depicts the journey of how he and a young cricket player come together to mark their impact and change the cricket world.

Sobti is in charge of endorsements, marketing, sponsorship for cricket players and television and satellite deals. Soon when the deal breaks, he gets a lot of bad press. “You have to do something that no agent has ever done before,” a character tells Sobti, prompting him to come up with a plan that will rescue his reputation.

Taking familiar plot points from films like Jerry Maguire (1996) and The Blind Side (2009), the film is based on a sports agent from Kolkata.

While the story is capturing, cinematography and editing look shoddy and execution is poor.