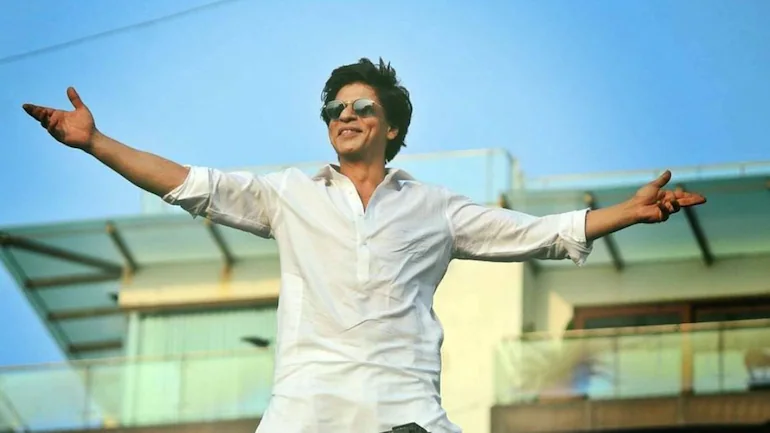 King of Bollywood Shahrukh Khan rings in 30 years in the film industry. The actor walks down memory lane, detailing his journey to stardom, which started with a desire to feature in five-seven movies.

Over three decades, SRK has been ruling the industry with his charm and great acting chops. The simple Delhi boy who came to the city of dreams Mumbai, who never imagined becoming the Badshaah of the film industry, has clocked the milestone on Saturday. Check out the post to know how SRK reflects on his journey in Bollywood.

Shahrukh Khan had one of the most dashing entries in Bollywood with the song Koi Na Koi Chahiye from Deewana. In 1992, the star was born as we can spot the actor bowling along on a motorcycle on the Marine Drive. The entry was quite fascinating, SRK jumping on the seat of his motorbike, spreading magic on screen with a charming smile on his face.

Deewana marks SRK’s debut in the industry. Featuring opposite megastars like Rishi Kapoor and Divya Bharti, it must be a little hard for a newcomer to highlight his impact in the film. However, Shahrukh Khan, with his charm, smile and great acting chops, stole the limelight.

SRK Opens Up About His Journey To Stardom

Shahrukh Khan started his journey with the television shows Fauji and Circus. He made his Bollywood debut in June 1992 with Deewana.

When asked about completely three decades in the industry, the actor said, “It seems like I started working yesterday. I never thought I will last 30 years. I came to Mumbai hoping that I will be able to work for a year or two and do 5-7 films.”

“I always thought I will find a job in the media or do something related to films, even if it was lighting the setup or being a sound assistant. I just love films, so I always thought if I don’t get work as an actor, I will just go back to doing some job in Mumbai on the sets of other people. Cinema inspires me and makes me happy,” he further added.

Following his successful debut with Deewana, SRK played the affable boy-next-door in Chamatkar, Raju Ban Gaya Gentleman, and Kabhi Haan Kabhi Na, among others, before experimenting with the grey characters in films like Baazigar, Darr and Anjam.

SRK returned to romance with Aditya Chopra’s iconic movie Dilwale Dulhania Le Jayenge, which established him as one of the top stars in the country. His other blockbuster films are Kabhi Khushi Kabhie Gham, Devdas, Swades, Chak De! India, Main Hoon Na and My Name Is Khan.

As Shahrukh Khan completed 30 years in Bollywood, YRF Films treated his fans with the much-awaited motion picture of the actor from his upcoming film Pathaan.

30 glorious years. One name loved by all. Presenting Shah Rukh Khan in & as #Pathaan
Celebrate #Pathaan with #YRF50 only at a big screen near you on 25th January, 2023. Releasing in Hindi, Tamil and Telugu. pic.twitter.com/SokGexxaol

The post captions, “30 glorious years. One name loved by all. Presenting Shah Rukh Khan in & as #Pathaan Celebrate #Pathaan with #YRF50 only at a big screen near you on 25th January 2023. Releasing in Hindi, Tamil and Telugu.” The motion picture left SRK fans amused and excited. They flooded the comment section with lovely messages and heart emoticons.

Helmed by Siddharth Anand, Pathaan is slated to release on January 25, 2023. Apart from this, Shahrukh Khan has numerous films pipelined including Atlee’s Jawan and Rajkumar Hirani’s Dhunki.