This year has broken the filmmaker’s misapprehension that movies with a big name attached to it, do big at Box Office or Khan trio can make any movie a blockbuster. Bollywood witnessed some big flops, like ‘Thugs Of Hindostan’ featuring Aamir Khan, and ‘Race 3’ featuring Salman Khan, and tons of big hits featuring new actors and fresh talents like Vicky Kaushal, Rajkumar Rao, and Ayushmann Khurrana in 2018.

Here is the list of some low budget movies who made it big at the Box Office:

The movie was made at a very small budget of Rs 29 crores only and its lifetime box office earning is Rs 221 crore. Unbelievable, isn’t it?

It was a comedy-drama film, based on a middle-aged couple who get pregnant when their adult son is planning to get married to his girlfriend. After the news break, the society starts taunting and humiliating the family which results in getting the bond tighter than before.

The film was directed by Amit Sharma and produced by Vineet Jain, Hemant Bhandari and Aleya Sen under the banner of Junglee Pictures and Chrome Pictures.

It is among the list of highest grossing films of 2018.

Check out the trailer of family comedy-drama here:

Rajkumar Rao and Shraddha Kapoor, starrer was made against a budget of ₹23–24 crores but against all odds, managed to earn over ₹180 crore at the Box Office. ‘Stree’ became one of the biggest movies of the year and garnered appreciation for its unique storyline and performance of the all the star cast, including Aparshakti Khurrana and Pankaj Tripathi.

There were times when Pankaj Tripathi stole everybody’s thunder and emerged as the star of the show in the end.

The film was based on a ridiculously true phenomenon of the Indian urban legend Nale Ba. It explores the story of a spirit of a woman, who abducts men when they leave home during a four-days pooja.

It was directed by Amar Kaushik and co-produced by Dinesh Vijan and Raj Nidimoru and Krishna D.K.

The Indian spy thriller ‘Raazi’ eas made on a budget of ₹35 crore and later emerged as one of the highest-grossing Indian films featuring a female protagonist, with the lifetime earning of over ₹194 crore.

Alia Bhatt and Vicky Kushal starrer was directed by Meghna Gulzar and produced by Vineet Jain, Karan Johar, Hiroo Yash Johar and Apoorva Mehta under the Junglee Pictures and Dharma Productions banner. It also starred Jaideep Ahlawat in a significant role, for which he garnered appreciation from audience and critics.

The film was based on Harinder Sikka’s 2008 novel Calling Sehmat, a true story of a RAW agent, who gets married in Pakistan just to relay information in India.

Watch the official trailer of ‘Raazi‘.

It was an Indian black comedy crime thriller film starring Tabu, Ayushmann Khurrana, and Radhika Apte. It was made on a production budget of ₹32 crore and garnered over ₹111 crore at the box-office. It is the top-rated movie on the IMDb list of 2018, surpassing several big earners.

The film was based on a blind pianist who witnesses double murder but had to shut up because of his own secret of playing blind but end up becoming blind in real. Through some unexpected turn of events, he finds himself in a life-threatening situation.

‘Andhadhun‘ was co-written and directed by Sriram Raghavan and mutually produced by Viacom18 Motion Pictures and Matchbox Pictures.

The Luv Ranjan directorial was made at the low budget of Rs 30 crores but turned the Box Office earning in its favor and collected Rs 148.51 crore as its lifetime earning.

The film starred Kartik Aaryan as the savior best friend, Sunny Singh as the lover boy and Nushrat Bharucha as the cunning woman and Titu’s fiance. It was a comedy-drama co-produced by Luv Ranjan, Bhushan Kumar, Krishan Kumar, and Ankur Garg.

The Indian adaptation of Brad Cohen’s autobiography “Front of the Class: How Tourette Syndrome Made Me the Teacher I Never Had”, ‘Hichki’ starred Rani Mukerji as the female and solo lead. The film was made on the budget of just Rs 12 crores, it collected Rs 239.79 crore worldwide.

The film explored the story of an aspiring teacher having Tourette syndrome.

Check out the trailer of ‘Hichki‘.

7. Sui Dhaaga: Made In India

This movie was about startup and entrepreneurship and promotes the government’s flagship programme of ‘Make in India’. Varun Dhawan and Anushka Sharma starrer applauded in big cities and was screened in 12 small towns of Madhya Pradesh and Rajasthan. It made Rs 114 crore at the Box Office, much higher compared to its production cost of Rs 35 crores.

The film showcased the story of a lower middle-class family of Mauji and Mamta, who fighting all odds decide to set up their own small-scale clothing business.

‘Sui Dhaaga‘ was directed by Sharat Katariya and produced by Maneesh Sharma under the banner of Yash Raj Films. 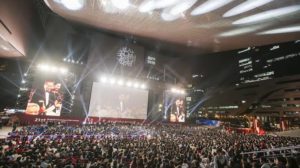 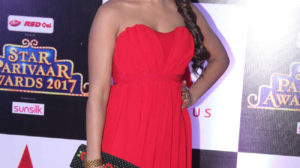 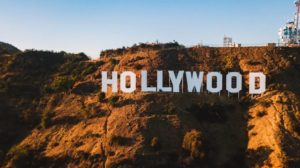