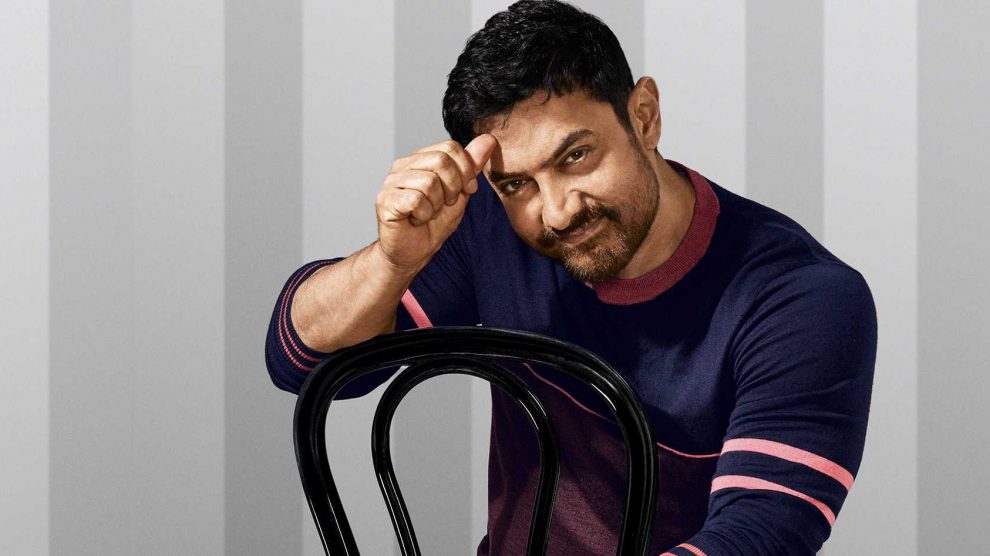 Aamir Khan‘s upcoming movie titled “Secret Superstar“, which is written and directed by Advait Chandan and produced by Aamir Khan and Kiran Rao. The movie is set to be a musical drama, which features Zaira Wasim, Meher Vij and Aamir Khan in lead roles.

The movie “Secret Superstar” revolves around a young girl (Zaira) and her dreams of becoming a famous singer. About his upcoming movie, Aamir Khan said, “Both ‘Dangal’ and this film are based on the same topic… That we look differently at our daughters. And probably we aren’t able to give the same treatment to our daughters as our sons. So, ‘Secret Superstar’ is another film based on empowerment of the girl child.”

On Wednesday, at the trailer launch, Aamir Khan said that the Indian Film industry should make more movies for children, He said, “We should make more films for children. This film (‘Secret Superstar’ is for youngsters, but isn’t restricted to an age group. This is a family film… It has a wider scope. When our kids were younger, we used to show them foreign animated films which are only for kids. And that is definitely something we should do. We don’t make enough films for kids in India.”

In the movie “Secret Superstar” Aamir will be playing the role of a mentor and he will be seen in a very unusual avatar in his upcoming movie. He says he and his wife Kiran Rao were both very apprehensive about him taking up the role he plays.

About his role, Aamir Khan said, “When I heard the story for the first time, I loved it a lot. But Advait (director Advait Chandan) asked me to play Shakti Kumar’s character. I told him I couldn’t see myself in that role. Kiran also didn’t want me to do this role. So, I decided to go through the screen test process. Then while doing the screen test, I had fun and this was a very unusual character, completely opposite of me. So it proved to be a challenge for me as an actor to make the audience believe in the character.”

Well, Kiran Rao is the co-producer of the film, even she spoke about Aamir’s role in the movie, Kiran said, “I told him not to do this role as (I felt) he won’t be able to do it. It’s kind of a creepy character… He is a kind of guy who you really don’t want to hang out with alone in a room. So I told him, ‘Please don’t do this role as it will be very weird to do such a character after a film like ‘Dangal”. But when we went through the screen test, we laughed so much that we were convinced he can do this role too. But he wasn’t the original fit.”

When asked about the success rate of his film on the Box office, Aamir Khan said, “We just make films we believe in. I am just very fortunate with the films that we have made, the writers and directors that we work with and the talented people that come to us with the films that they want to make.” He added, “Somehow it all works out well in the end. I don’t know if it’s anything else to it other than the fact that we believe in what we make and we work with people who are very talented.”

The movie is all set to release in October 2017.

Sumona : Made a switch to TV as theatre was not paying enough!
Nawazuddin Siddiqui comes in support of ‘Babumoshai Bandookbaaz’