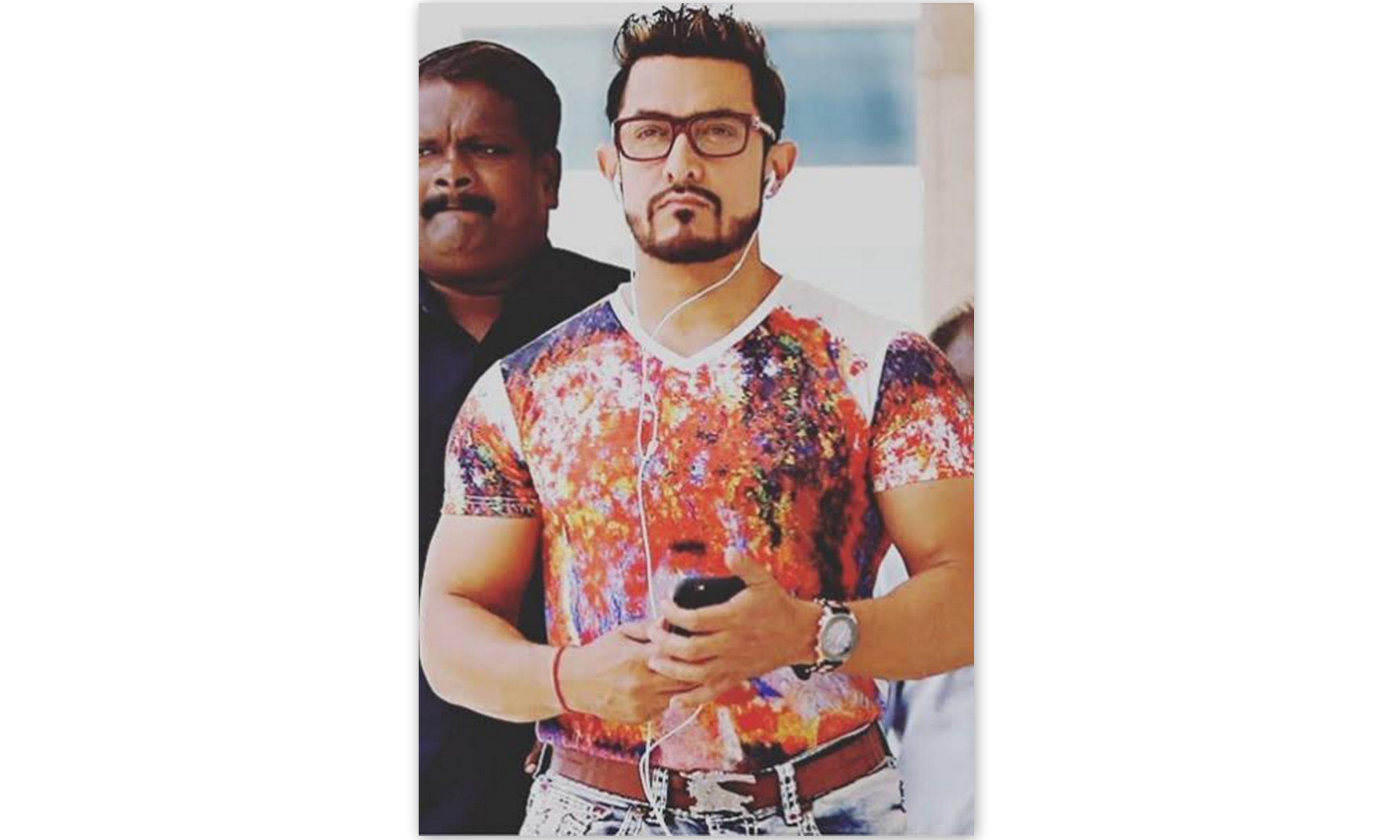 Bollywood actor Aamir Khan says that he has done one of the toughest roles in his upcoming Indian musical drama film titled ‘Secret Superstar‘, which is written and directed by Advait Chandan and produced by Aamir Khan and Kiran Rao. The movie features Zaira Wasim, Meher Vij and Aamir Khan in lead roles.

Today Aamir Khan uploaded a video on his Twitter account along with a caption saying, “One of my toughest roles!”

One of my toughest roles! https://t.co/3ZysCZHz1w

In the video, we can actually see that how Aamir Khan has transformed himself from the sincere and the principled Mahavir Phogat to the outrageous Shakti Kumar for the role in the upcoming movie ‘Secret Superstar’. The video starts with the singer-actress Monali Thakur and she is featuring herself in the movie and she says that she is in love with Aamir’s look.

However, Zaria Wasim is playing the role of an ‘Insia’ says that his shoes and jeans are weird. While her co-star Meher Vij says that his beard is different. Before finalizing his beard a lot of trails have been done on various male team members. While the choreographer Sanya Malhotra says the character is very ill-mannered because he does not know how to talk to people.

While his hair designer Avan promises you that his character will definitely make you laugh out loud, his character can actually piss you off and maybe he can even make you cry. Aamir Khan’s character in the upcoming movie is very different from all his characters. The team has spent a lot of time designing this look for him.

Talking much about his character producer and wife Kiran Rao says that Aamir is playing the role of a music director and he is having a bad time and such characters are not written on a daily basis. In the video, you can actually see Aamir is getting himself clicked with girls and he is flirting with them too. His character has all the bad qualities that one can not think of it. Advait Chandan (the writer and the director of the movie) says that Aamir is very simple in his personal life, he is very organic. He thinks of him to wear a tight T-shirt even if he is having a good time. The video actually reveals that how much time all the team has invested in creating his look. While Aamir Khan had a lot of fun while doing this because his character is unique and crazy.

Talking about the movie ‘Secret Superstar’, the movie will revolve around a girl with a name ‘Insia’, she resides in Kashmir and she has a dream to become a singer, while her father opposes this dream of her. She is a girl with a passion, she wants her voice to be heard all across the globe. She realizes her dream by wearing a hijab and taking to YouTube to secretly upload her songs. In the movie, Aamir Khan will play her mentor.