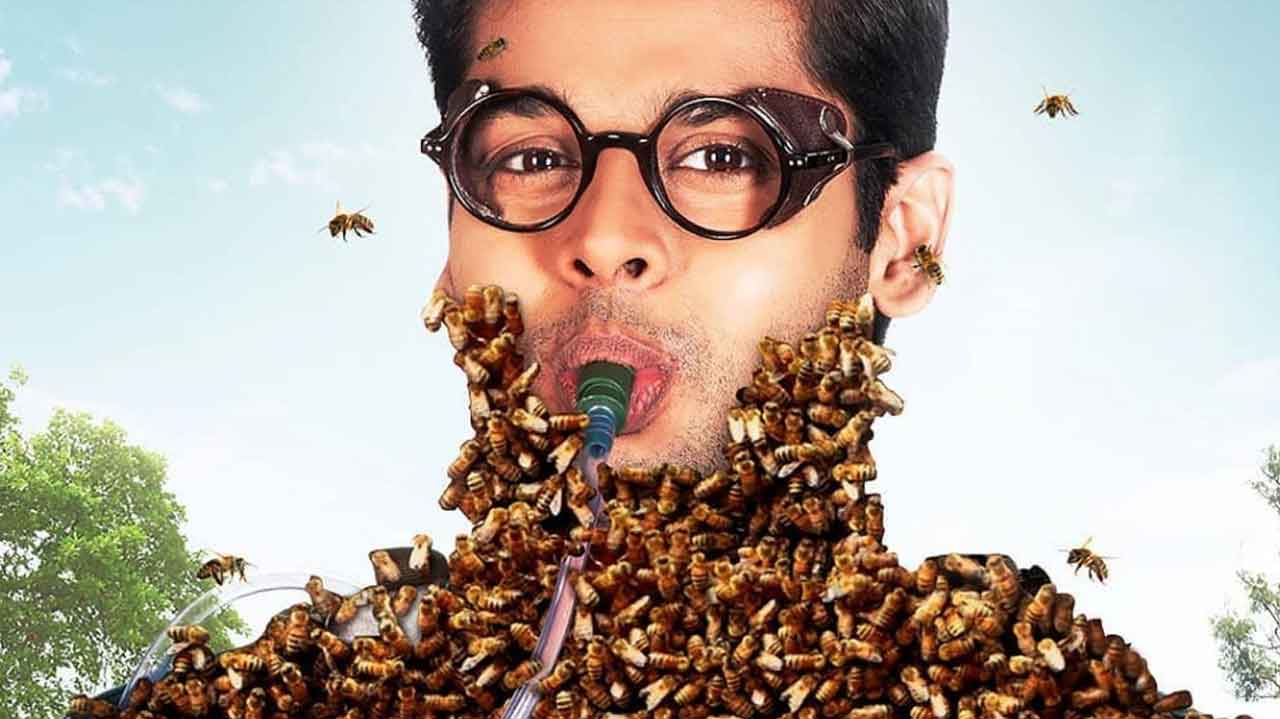 ‘Mard Ko Dard Nahi Hota’ is grabbing the attention of the audience with a unique concept apart from its poster and interesting promo.

The film marks the debut of actor Abhimanyu Dassani alongside Radhika Madan who began her Bollywood journey last year with ‘Pataakha’.

The latest poster of the film ‘Mard Ko Dard Nahi Hota’ features Abhimanyu as Surya covered in Bees who puts his pain tolerance to the test.

The film’s story follows a young man who has a rare condition called Congenital insensitivity to pain and strikes out on a quest to vanquish his foes. Bhagyashree’s son Abhimanyu Dassani is making his acting debut with the film. For the preparation of the role, Dassani trained for martial arts for three months before the audition. He also practiced swimming, gymnastics, yoga, freehand training, stick fighting and studied human anatomy, injuries, and first aid.

The film is written and directed by Vasan Bala. The film won the People’s Choice Award: Midnight Madness and a standing ovation at the 2018 MAMI Film Festival.