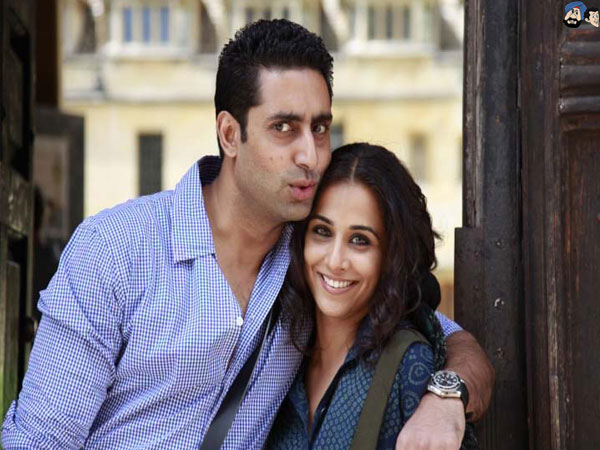 Vidya Balan starrer Kahaani released around seven years ago in 2012 but is still loved today by everyone. Made on a moderate budget, the film was highly appreciated by the critics as well as audience and emerged as a sleeper hit. The movie brought several accolades to Vidya and remains one of her best performances till date. Two years later in 2016, the film had a sequel titled Kahaani 2: Durga Rani Singh starring Vidya again which also brought her several nominations.

While both the suspense-thrillers are still loved by the audience, there is buzz that a prequel of the film is in the making and can even go on the floors next year. According to a report on Filmfare, Abhishek Bachchan will be seen playing a grey character in the third installment of the series.

The report also suggests that ace filmmaker Sujoy Ghosh who directed Kahaani and Kahaani 2 will not direct this film. Instead, the project will be helmed by her daughter Diya Ghosh who will be making her feature film directorial debut with this project. She has previously directed a short film titled Neighbourhood Ties which was highly appreciated last year and was even selected for a screening at the Cannes Film Festival.

They have been by my side through it all ( also the other 2 not pictured here), and still, they stand in support and with love. Happy Rakhi @shwetabachchan @nainabachchan, Namrata and Nilima. ❤️🤗 #brothersandsisters #rakshabandhan

Although it is difficult to imagine Kahaani without Vidya but it is not confirmed yet if Vidya will be coming on board or not for the prequel. Seeing her stellar performances in the previous two films, the audience will definitely like to see her in the prequel.

Meanwhile, Vidya Balan was last seen in super successful Mission Mangal earlier this year. She is currently gearing up for her upcoming biographical drama film Shakuntala Devi which is based on the life of Shkuntala Devi who was an Indian writer and mental calculator, popularly known as the “human computer”. Her talent earned her a place in the 1982 edition of The Guinness Book of World Records.

On the other hand, Abhishek Bachchan was last seen in Anurag Kashyap’s Manmarziyaan and is currently gearing up for Anurag Basu’s next untitled which is releasing in March next year. He is also working in The Big Bull is loosely based on the life of Harshad Mehta, an infamous stockbroker who was arrested for financial crimes. The film is based on real events of financial market that took place between 1990 and 2000.