After six to seven months of lockdown, the film industry too got back into the business like others. While the release of many films has been delayed resulting later on in an OTT release, the shoot of many films too began after a long time. In a similar instance, the makers of Chandigarh Kare Aashiqui are currently shooting in Chandigarh along with the lead actors, Ayushmann Khurrana and Vaani Kapoor. Directed by Abhishek Kapoor, the film has been produced by Bhushan Kumar and Pragya Kapoor.

Recently, the director of the film took to his social media handle to introduce Maanvi aka Vaani from Chandigarh Kare Aashiqui. Sharing a still from the sets of the film, he wrote a short description of the character. Vaani looks extremely pretty in the picture.

Sharing the picture, Abhishek wrote, ”While she is lovely, we need to remember that her face is not what distinguishes her. Her beauty is a reflection of the virtue and talent she keeps inside – Lisa See

The Shuddh Desi Romance actress reposted the same picture and was all praises for the director as she wrote, ”This post is so so special… Couldn’t be more grateful to be Maanvi in your film… It’s you & your vision that brings out the best.”

On the work front, Vaani also has Shamshera co-starring Ranbir Kapoor and Sanjay Dutt in the pipeline. She will also be seen in Bell Bottom alongside Akshay Kumar. 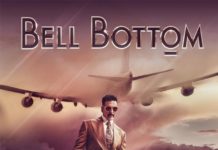