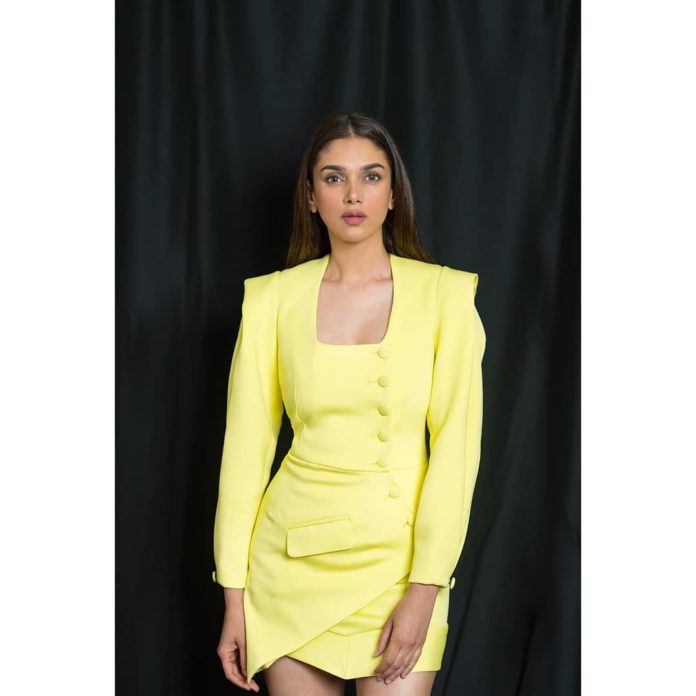 Actress Aditi Rao Hydari has been a part of several Indian language films like Tamil, Telugu, Malayalam, Hindi and Marathi.

She recently shared some of her amazing pictures on her Instagram profile, in a dress she wore for the Exhibit Tech Awards.

Dressed in a lovely yellow outfit, the ‘Padmaavat’ actress looks a breath of fresh air as she poses gracefully. 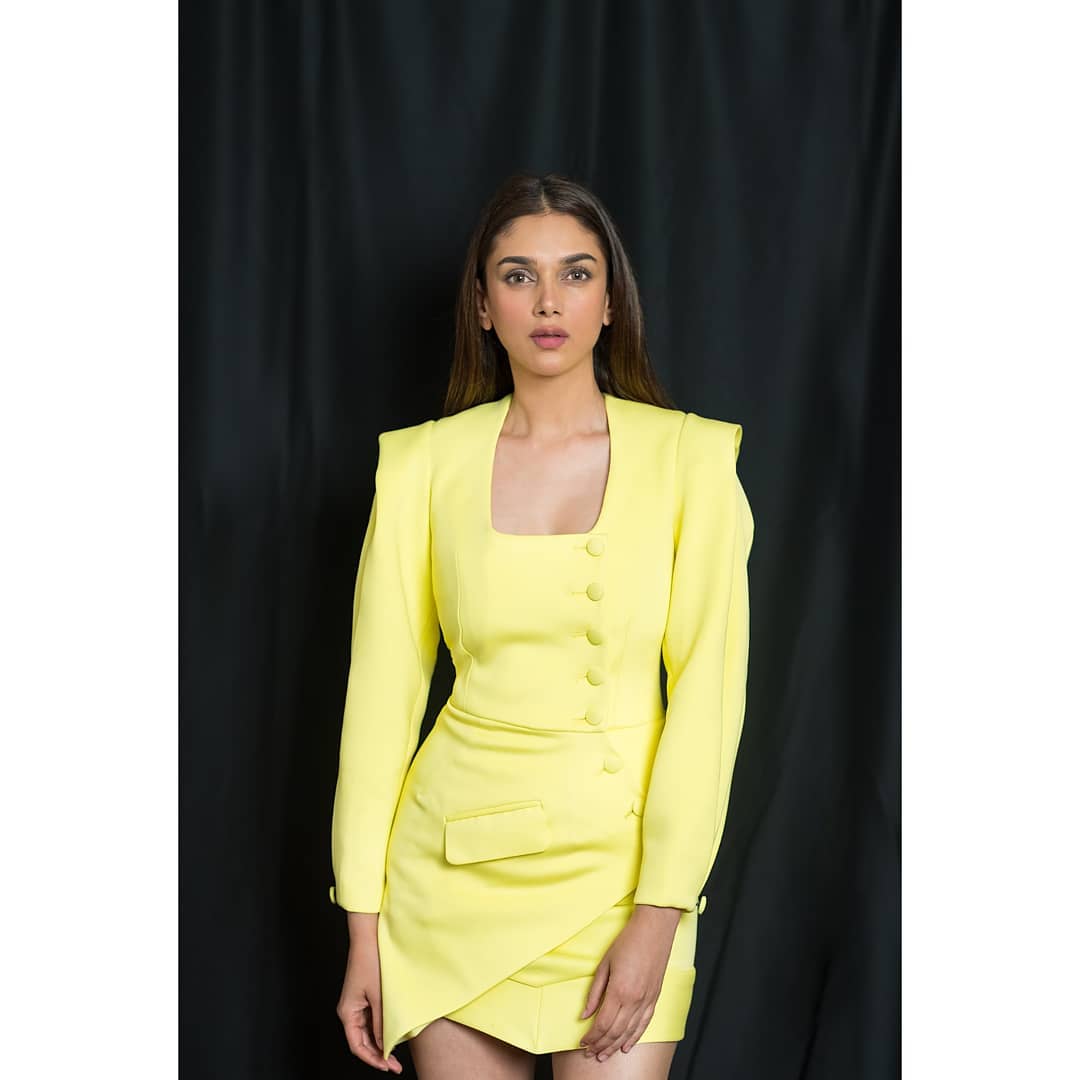 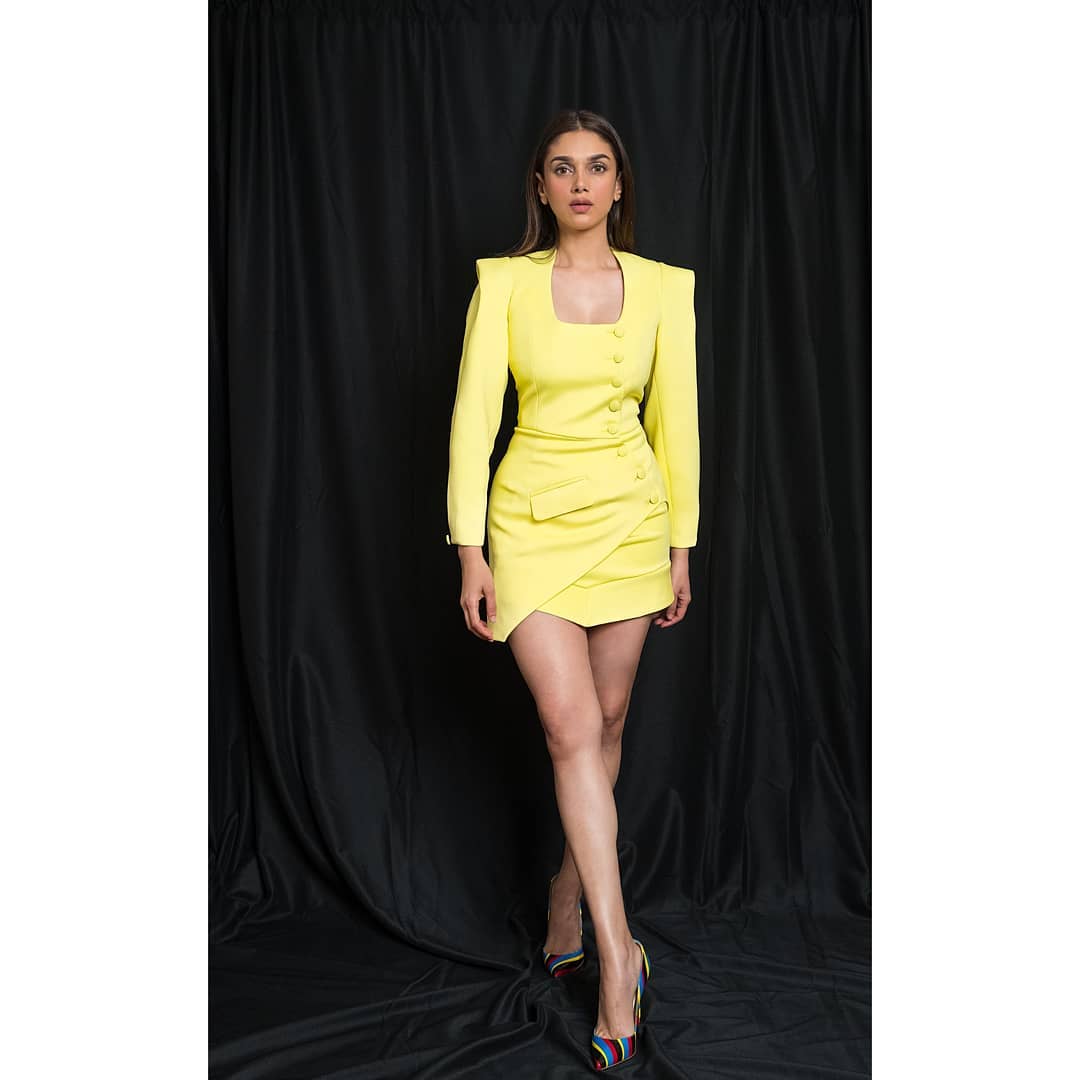 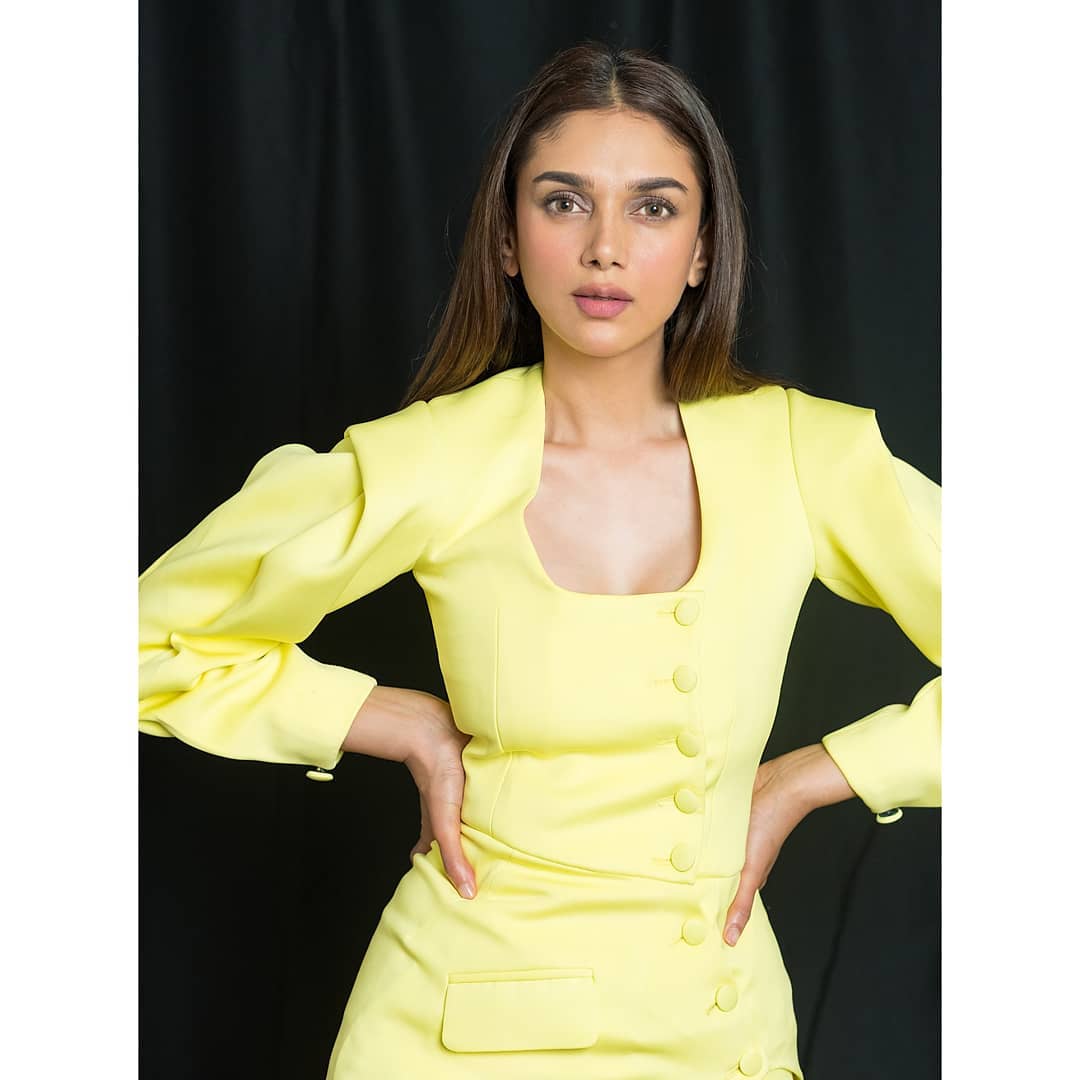 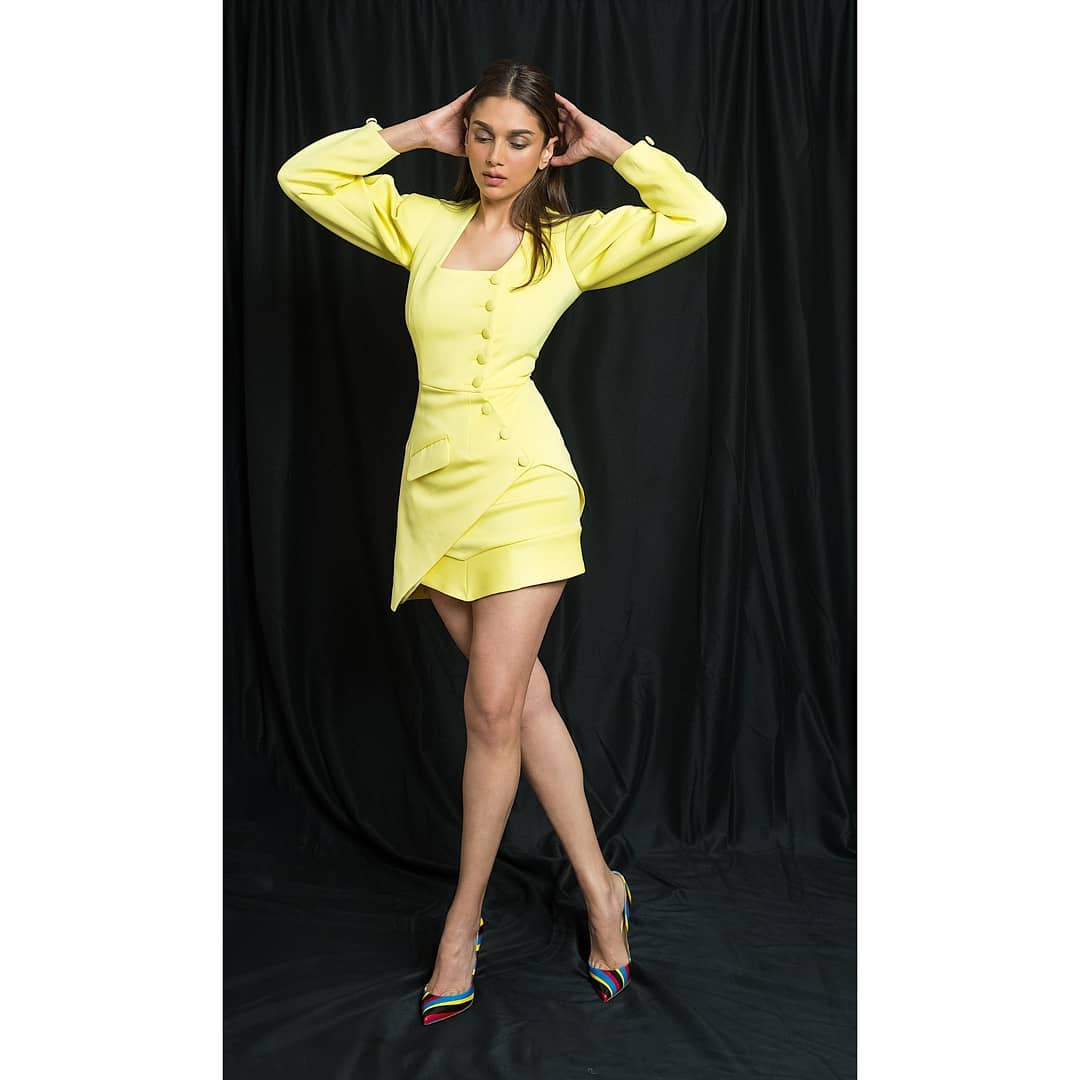 On the work front, Aditi was last seen in the Telugu science fiction adventure ‘Antariksham 9000 KMPH’, directed by Sankalp Reddy.

She will be next seen in the Tamil language psychological thriller ‘Psycho’ directed by Mysskin.

Her next film in the pipeline in the Telugu action thriller ‘V’, directed by Mohan Krishan Indraganti.

She is currently busy filming for Ribhu Dasgupta’s mystery thriller ‘The Girl on the Train’, co-starring Parineeti Chopra and Kirti Kulhari.

It is a remake of the 2016 Hollywood film of the same name which in turn was based on the 2015 namesake novel by Paula Hawkins.

Aditi had made her acting debut in 2006 with the Malayalam film ‘Prajapathi’ and later acted in the Tamil film ‘Sringaram.’

She made her Bollywood debut in 2009 with Rakeysh Omprakash Mehra’s ‘Delhi 6’, co-starring Abhishek Bachchan and Sonam Kapoor.

Her next role was of Shanti in Sudhir Mishra’s ‘Yeh Saali Zindagi’, which was well received and earned her Screen Award for Best Supporting Actress.