The Indian Wire » Entertainment » Ahead of Gunjan Saxena Biopic, here’s a look at Interesting war based Movies The trailer of ‘Gunjan Saxena: The Kargil Girl’ released a few days ago and it was appreciated by viewers all across the nation. Janhvi Kapoor was hailed for stepping perfectly into the role of Air Force pilot, Gunjan Saxena, the first Indian female pilot in combat. The story will follow the true events of Gunjan’s struggle and her dedication to serving the nation. The film is all set to release on Netflix dated 12th August 2020. And ahead of the release, we have got you a list of few Bollywood movies based on war stories. 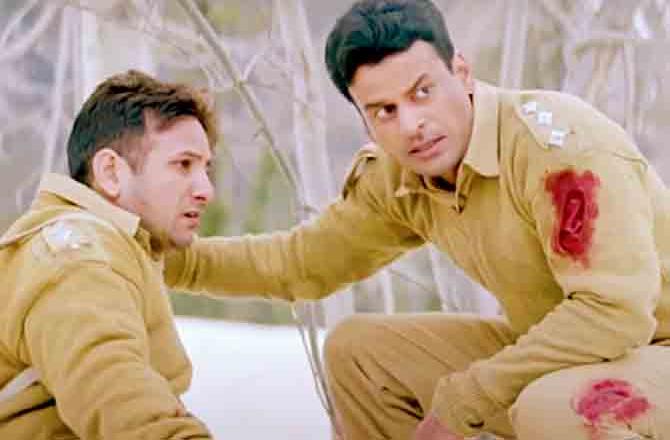 This 2007 film is a war drama directed by Amrit Sagar. Written by Piyush Mishra, the story of this film is based on real-life events in the life of prisoners of war after the Indo-Pakistani War of 1971. A perfectly-created film that also received a National Award for the Best Feature film in Hindi. The film stars Manoj Bajpayee, Ravi Kishan, Piyush Mishra, Deepak Dobriyal, and others.

It revolves around the escape of six Indian soldiers who were taken as prisoners of war by the Pakistan Army, during the Indo-Pakistani War of 1971. Directed by Nana Patekar, the story revolves around Major Chauhan, an executive officer of the Indian Army who after serving the nation on the war field, takes up the job of fighting against the corruption prevailing in the nation. The film features Nana Patekar himself in the lead role. It also stars Madhuri Dixit and Dimple Kapadia. This film gives you great insight into the life of a highly trained officer of the Indian Army. A must watch for those who love this genre. Set in 1971, this war drama follows the true story of Indian Navy submarine S21 and a brave story of the naval officers who cross paths with a Pakistani Naval Submarine, Ghazi. How the S21 officers take a brave step and refrain the Ghazi from its mission of destroying INS Vikrant, is very beautifully shown in this movie. It will give you a point definition of this underwater war. The film stars Kay Kay Menon, Atul Kulkarni, Rana Dagubatti and Taapsee Pannu.

So, that was the list. Enjoy watching these stories and stay tuned to The Indian Wire for more such articles.