The whole nation is grieving over the martyrs of Pulwama terror attack which happened on 14 February. A young terrorist rammed his van filled with a huge amount of explosives and it killed around 50 CRPF soldiers. While the youth of the nation wants revenge, matures want to defeat Pakistan economically and ban Pakistanis and stop every kind of business with it.

Post the Pulwama attack the All India Cine Workers Association (AICWA) has announced a ban on Pakistani artists and actors. In a press release shared by news agency Asian News International, the AICWA criticized the attacks stating that any organization insisting on recruiting Pakistani artistes will be banned, and strict action will be taken against it.

AICWA wrote a letter to the Minister of External Affairs Sushma Swaraj, asking her to cancel all the Pakistani artists’ visa and ban them from the industry.

AICWA wrote that the attack was a “cowardly, shameful and most disgraceful act of Pakistan.”

The letter embellished, “All Indian Cine Workers Association request Smt SushmaSwaraj ji and our hon prime minister to kindly canceled visas of Pakistani artists and deport them to Pakistan with immediate effect.”

“There is an end point now to stop Pakistanis to earn commercial remuneration Indians by injuncting them from performing in our Nation. Our brave hearts have lost their lives for us and should we get all the entertainment of performance by the artist of Pakistan in our Nation? Absolutely no. It must end now,” the letter affirmed. 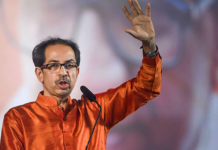