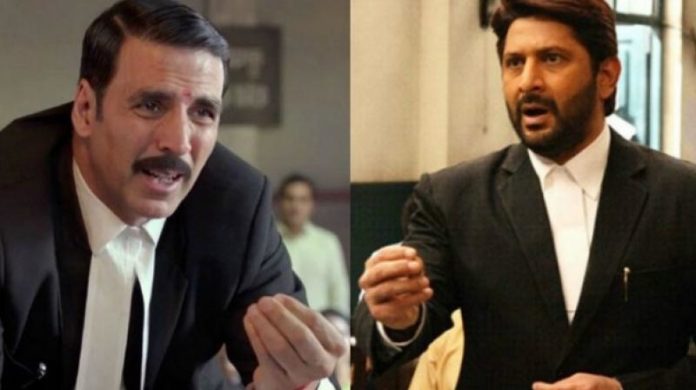 Jolly LLB series is among the most original court room drama films in Bollywood. The first part in the form of Jolly LLB came in 2013 and Arshad Warsi played the lead role very effortlessly. The story revolved around a young lawyer who was trying to establish himself in a city and during which, comes across a case which would change his life and career.

The second part of the movie had Akshay Kumar in it and the movie was a massive Box Office hit. Seeing the massive response both movies received, director Subhasha Kapoor is now planning to bring in Jolly LLB 3.

In an interview recently with Bollywood Hungama, Arshad Warsi revealed some details about it. Arshad said, “The thought and idea was there. I think Akshay was very keen on it and Fox was keen on it. So yes, there is a possibility. I can’t say ‘No’ because that is not the message that I have got.”

Regarding the movie, producers have earlier also confirmed that it is on cards. “Yes definitely there will be Jolly LLB 3. We are in the second week of release. So, we are yet to sit down and work (on the third part). We have two-three ideas. Let’s see what we pick up,” producer Vijay Singh, CEO of Fox Star Studios had told PTI.

Regarding Jolly LLB series, there was little controversy arose when Akshay Kumar was casted for the role and few people related to the movie were not happy it. Arshad himself had later said that casting Akshay was a mistake.

After the release of Jolly LLB 2, Arshad had said that had the makers cast him and Boman in ‘The State vs Jolly LLB 2’, it would still have done the same business. Calling the decision a bad move, he jokingly added that the producers would, in fact, have earned more because he would have charged less than Akshay.