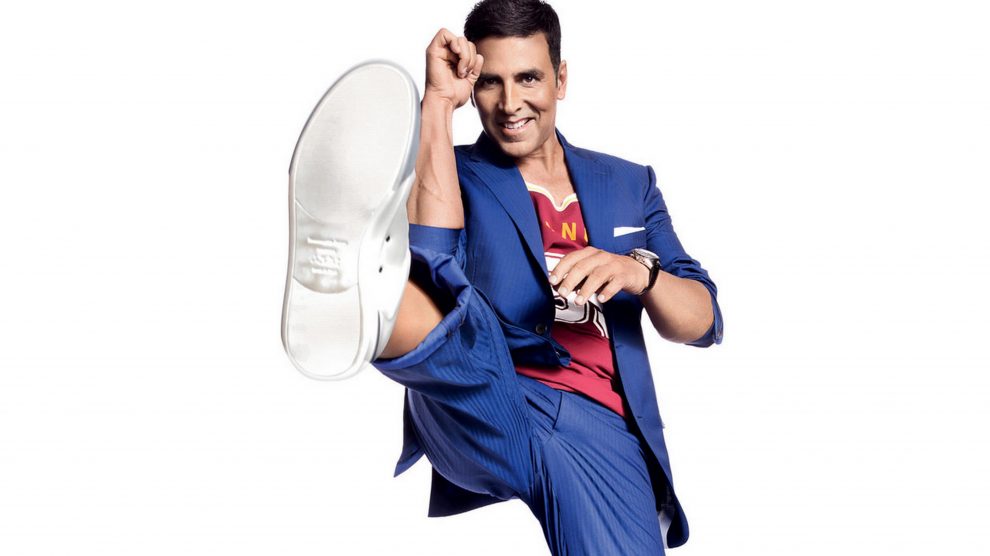 New Delhi, May 3 (IANS) With actor Akshay Kumar, the contemporary version of Manoj Kumars Bharat finally accepting that he is a Canadian citizen and being trolled relentlessly for that all day, it is interesting to find out who is supposed to pay taxes in India. After all, the Akki the Khiladi recently in the news for interviewing the PM has claimed that he works and pays his taxes like everyone else in India.

Last year Akshay Kumar emerged as the seventh highest-paid actor in the world by earning $40.5 million, according to Forbes magazine. Akshay Kumar, who had been at the top position for several years as the highest tax payers in B Town had paid Rs. 29.5 crore in 2017. In 2018-19, Amitabh Bachchan displaced him by paying Rs 70 crore as income tax.

To understand the difference: Indian citizens who are Persons of Indian Origin (PIO), Overseas Citizens of India (OCI), or Foreign Citizens and who are residents of India for more than 182 days have to pay tax and file income tax return in India. The income tax filing is usually based on his/her global income and is subject to the conditions of DTAA (Double Tax Avoidance Agreement).

NRIs/PIO/OCI, who have lived for less than 182 days (in any financial year in India), will have to pay tax and file income tax return only on the income earned in India.

Who is an expat or foreign national?
An expatriate in India is someone who comes to live in India and is not a citizen of India. Are expatriates liable to pay tax in India? Even though the expatriate is a citizen of a foreign country, any income which is earned by him/her in India shall be taxable in India. This income may have been earned by working in India or by providing services in India, a la Akshay.

An income which is earned by an expatriate in India is taxable in India irrespective of the foreign national’s citizenship or residential status. This payment may also be subject to TDS (Tax Deducted at Source) in India.

If your total income is less than the minimum exempt income (Rs 2,50,000 for FY 2014-15) you can get a refund of this TDS by filing an Income Tax Return in India. Furthermore, taxability of income in India depends upon residential status. For a resident, entire income earned anywhere on the globe is taxable in India. This includes income that may have been earned in the country of citizenship and may also have been taxed there.

If the expatriate is an NRI or a resident, but not ordinarily resident (RNOR) only the income which is earned in India is taxable in India.

Therefore, the first step is to find out the residential status.

As per the residential status rules of the Indian Income Tax Act, for the first 2 years after your arrival in India, you will enjoy RNOR status and will pay tax only on the income which is earned by you in India.

Further, NRIs whose income in India from all sources is below Rs 2.5 lakh per annum will be exempted from paying any further taxes and can in fact claim refunds. In majority of the cases for NRIs the total TDS amount deducted in a given financial year is higher than the total tax payable, for which a refund can be claimed from Income Tax Department by filing income tax return. They can also claim benefit under DTAA (Double Tax Avoidance Agreement); and can claim tax benefit in their country of residence for the tax already paid in India.

For example…
Amanda (not a real name) is an foreign national working for an international school in Bengaluru in India for the past one year. She is a resident of United Kingdom. Amanda receives 1,000 pounds per month for her work at the school. Will Amanda be taxed in India for the payment she receives for working in India?

Amanda is liable to pay tax on the 12,000 pounds she receives. This income is earned in India and liable to tax in India irrespective of the residential status. A TDS of Rs 4,00,000 has been deducted on her income by the school. Amanda is an NRI as per the Income Tax Act. However, NRIs are liable to pay tax for income earned by them in India.

Amanda’s income from school shall be converted to rupees and she will have to pay tax on this income. She can adjust the tax of Rs 4,00,000 which has been deducted at source from her final tax liability. In case this amount is also taxable in the UK, she can take the benefit of DTAA and avoid paying tax in both the countries.