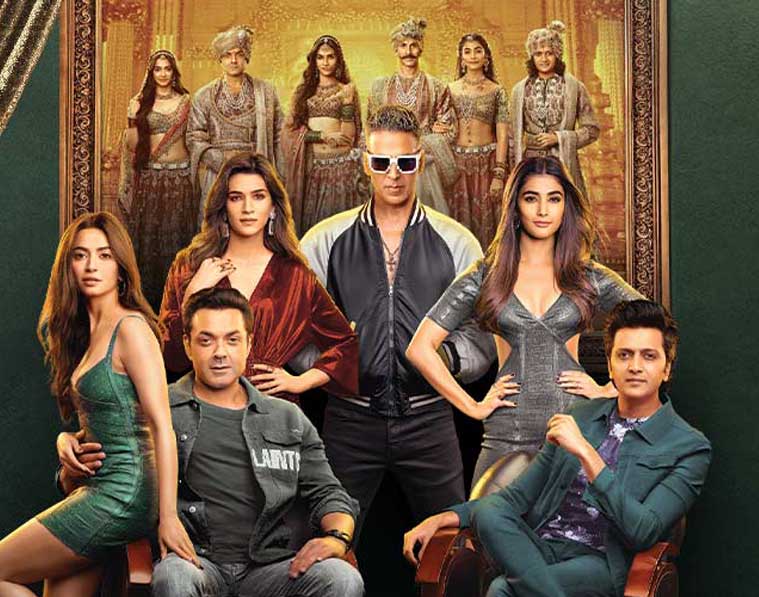 As we all know that Diwali is around the corner, so with lots of happiness and joy there are some great flicks that are coming on this festival season. With the Akshay Kumar starrer ‘Housefull 4’ there are two more movies that are hitting the screens this weekend. Saand Ki Aankh and Made in China.

The trend is yet the same, as it happens to all the big-budget movies, Housefull 4 is also following the same trend of inflating the ticket prices. Not to some common extent but of the same level as Hrithik Roshan and Tiger Shroff starrer ‘War’. For the uninitiated, War that released on 2nd October had the highest ever ticket price for a Hindi film and in a way, this move paid dividends.

War had a great buzz around it and moreover, it released on a national holiday, that is, Gandhi Jayanti. Though Housefull 4 also enjoys the buzz, it is releasing 4 days before any holiday. This can be a tough opening for the flick. As a result, many have questioned if increasing rates for the first three days when the footfalls will be less due to pre-Diwali and Diwali will be a wise move.

When the Cinema owners were quizzed about the same they had miscellaneous reactions. Raj Bansal, the owner of Entertainment Paradise in Jaipur, agrees, “I personally feel that they (producers) shouldn’t have done this. For big films, to keep the rates at the same level as the last hit is a very common trend. But to increase the price of Housefull 4 to the level of War during the weekend when the turnout will be low is not advisable.

The executive director of G7 multiplex in Mumbai, Manoj Desai, has always been against the trend of inflated ticket rates but most of the time, he has to bow down to the diktat. He states, “Yes we had to increase the rates as the distributors are blackmailing us. If we don’t increase the rates, we wouldn’t get the film. So we had no choice. Diwali toh koi bigaadna nahi chahega.”

Vishek Chauhan, owner of Roopbani cinema in Bihar, on the other hand, says, “We haven’t been asked to keep the rates at War‘s level yet. So we have gone for normal blockbuster pricing as per what we have been told.”

Shraddha Arya shares a lovely picture with her Nach Baliye partner Alam Makkar, check out
Bhumi Pednekar thinks THIS is the sexiest man in Bollywood
Comment