The Indian Wire » Entertainment » Akshay Kumar: I don’t want the media to label me or trap me with an image 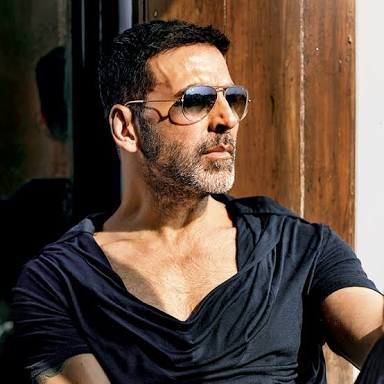 Akshay Kumar has been one of those actors who have never shied away from experimenting with different genres of movies and has made a mark for himself as an actor of dynamic capabilities. With the recent success of PadMan and earlier movies such as Toilet: Ek Prem Katha, Akshay and actors of similar caliber have paved a way for other socially relevant movies to emerge and do well at the box office.

Recently Akshay talked about PadMan and his choice of films with Indian Express. About choosing the kind of movies that he does, he said, “I do films for the cause of it, not for the acting part of it. However, as an actor I need to do different kinds of films. I don’t want the media to label me or trap me with an image. Earlier I was trapped with the image of an ‘action-hero’, and they wouldn’t accept me differently. I couldn’t even experiment, and I couldn’t change my image. That phase of my career has impacted me deeply, and that is why I constantly change my ways, the kinds of films I do”.

Akshay talked at length about the motive behind making a movie such as PadMan. He shared, “We wanted women to go with their families to watch the movie, and wanted males, especially them, to go and watch the film with their family. So they know that there is nothing wrong in knowing and talking about periods, and that they can support their wives and help them when it is needed.” He added, “From what I am hearing, people are feeling ashamed to watch the film because it talks about sanitary pads, and I want them to know that there is nothing unnatural in getting periods.” 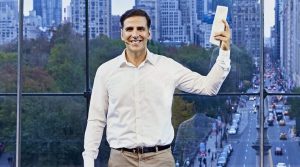 The actor has high hopes from movies to be an influential medium of bringing change in society. He said, “People are more interested in films, what people see in films is more impactful, and they can understand that way. They don’t want to watch documentaries or listen to politicians.”

“Entertainment is the best way to influence people, people pick up a lot from films, and they think by doing what the hero does, they can become heroes too, they can bring down the bad guys, he exclaimed further.

About the recent banning of the film in Pakistan Akshay hopes that it should be allowed there too as it has nothing bad to show and holds an important message for the masses that must be spread. He also shared that he is personally attached to the cause of the movies that he does and said, ” This is not about movies for me, these are things I feel for.”

The actor will next be seen in Reema Kagti’s Gold.