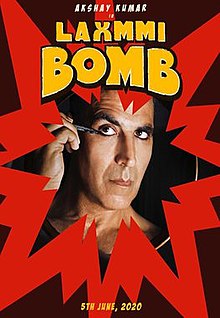 Akshay Kumar poses with actress Kiara Advani during the shoot for their upcoming film ‘Laxmmi Bomb’.

Set to hit the theatres in June 2020, Laxmmi Bomb will be a Comedy-Horror movie, directed by Raghava Lawrence, who made his directional debut with the Telegu film ‘Mass’. Apart from that, Raghava has also been a prominent Dancer, Actor and Music Composer mostly for South Indian Cinema.

Kiara Advani has been fiercely been involved with various projects, and has 2 other films set to release later this year and in 2020 titled ‘Good News’ and ‘Shershah’ respectively.