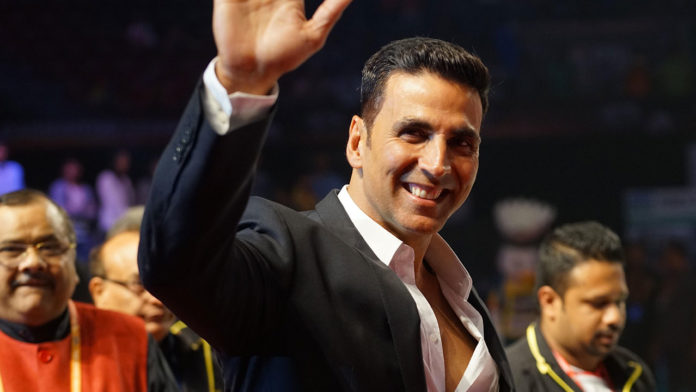 Akshay Kumar is one of the most successful movie actors in the country right now. Having appeared in more than 80 films, Akshay Kumar has worked in all the major genre like comedy, action and drama. Housefull 4 actor is now all set to make plunge into another field i.e. music video.

According to a report by Mumbai Mirror, Akshay will be collaborating with B Praak, singer whose song Teri Mitti from the film Kesari, became a hit last year.

Akshay Kumar opened up on this project saying, “Having experienced the magic of B Praak’s voice firsthand with Teri Mitti from my film Kesari, there was not much needed to convince me to come on-board for ‘Fillhal.’ And to top it off the lyrics are so beautiful, it’s impossible to not feel anything. When I met with the lyricist, Jaani he told me it’s his best-written song till date and I couldn’t agree more. This brilliant combination of a soulful voice and lyrics to match got me to make my music video debut”.

I’ve always loved music..it’s in my soul…and then I fell in love with the camera..it all happened so organically …Couldnt have asked for a better first ..acting in my first music video on a soulful track I’m currently obsessed with!!☺️♥️ Can’t wait for you guys to witness #filhaal 🙏🏻😌 Blessed to work with the best team ever!! @akshaykumar sir…learnt so so much from you..🙏🏻😇 , @ammyvirk was so great working with you..🌼 Thank you @arvindrkhaira for believing in me and for guiding me throughout..you’re an amazing director with so much ease…🙏🏻 .. @bpraak what a soulful voice you have…I can’t wait for the world to croon to #filhaal ..😍 .. @jaani777 ..seedha dil ko chhu jaayenge twaade lyrics!! Beautiful! @azeemdayani thank you for believing in me ..this couldn’t have been possible without you being with us all along..🤗✨ #Filhaal #happyteam @desimelodies

On the work front, Akshay is currently riding high on the massive success of his recent comedy film Housefull 4. Even though the film received bad reviews from the critics, it has been successful in attracting audience from day 1. In the 10 days of the release of the film, it has crossed the mark of 150 Crores and is all set to cross 200 Crore mark by next week.

Akshay has already started shooting for his next film Laxmmi Bomb. Akshay had earlier shared the first look from the film and had called it something that is out of his comfort zone. He had said, “Navratri is about bowing to the inner goddess and celebrating your limitless strength. On this auspicious occasion, I am sharing with you my look as Laxmmi. A character I am both excited and nervous about… but then life begins at the end of our comfort zone… isn’t it? #LaxmmiBomb”

Navratri is about bowing to the inner goddess and celebrating your limitless strength. On this auspicious occasion, I am sharing with you my look as Laxmmi. A character I am both excited and nervous about… but then life begins at the end of our comfort zone… isn’t it? #LaxmmiBomb 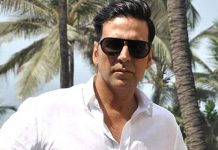