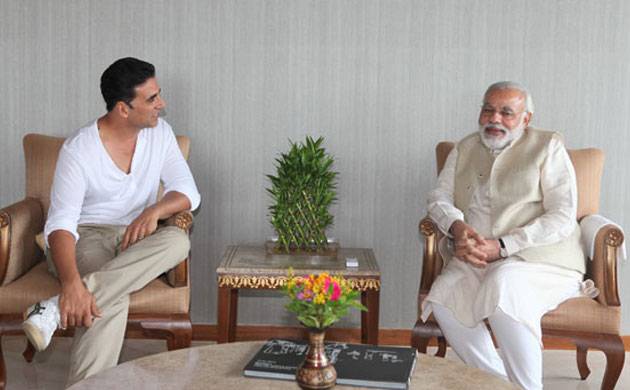 Pahlaj Nihalani has said that Akshay Kumar would be a good choice to play Prime Minister Narendra Modi in a film.

Akshay Kumar will be essaying the role of a Prime Minister Narendra Modi in his upcoming project. Most of his films either exhibit patriotism or highlight the importance of social reforms. Akshay has a very different kind of fan following. Unlike that of an other actor.

Central Board of Film Certification’s chairperson Pahlaj Nihlani said in an interview,” I can’t think of anyone better to play our Prime Minster than Akshay. He has a spotless image of an idealist and visionary. And look at the kind of work he’s doing. ‘Toilet: Ek Prem Katha’ and ‘Padman’ are the cinema of social reform that Guru Dutt and V Shantaram were associated with. Also, Akshay has risen from humble working class beginnings to become a national star, just like Modiji. We are certainly looking at a strong possibility of Akshay playing Modiji”

Eralier there were rumours that either Paresh Rawal or Anupam Kher will be playing the role of PM in a film. But Pahlaj Nihlani believes that Akshay would be a perfect choice for the role. However, nothing has been finalised yet.

Currently, Akshay Kumar is busy with his upcoming movie “Toilet: Ek Prem Katha” which is based on the importance of toilets in rural areas, film is directed by Shree Narayan Singh co-produced by Akshay Kumar and Neeraj Pandey. The film will star Akshay Kumar and Bhumi Pednekar in the lead roles, with Anupam Kher, and Sana Khan in supporting roles. The film is written by Sidhharth and Garima, the writers of the 2013 Hindi film ‘Goliyon Ki Raas Leela Ram Leela’.