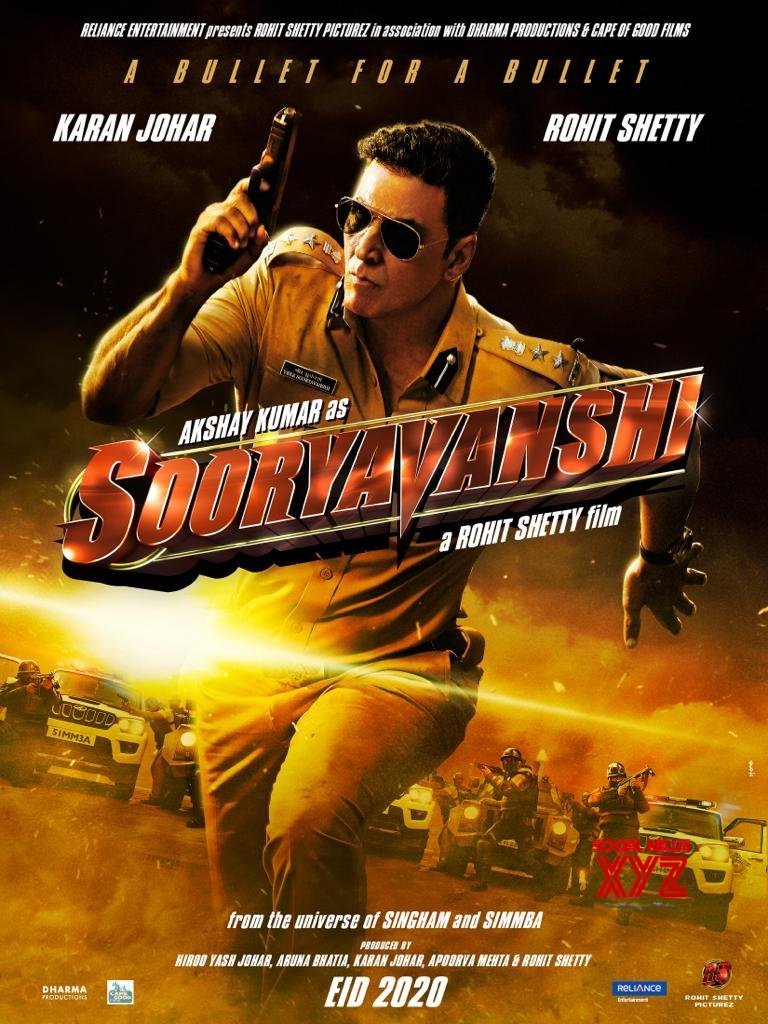 Rohit Shetty is coming back with yet another cop drama with ‘Sooryavanshi‘ and Akshay Kumar is in the titular role. This year’s Eid is also booked for Akshay Kumar along with Salman Khan.

The filmmaker introduced Akshay in his last flick ‘Simmba‘ where he appeared only for a brief moment in the end as Veer Sooryavanshi, chief of the Anti-Terrorism Squad. The text on the screen announced that Akshay as Sooryavanshi would be “taking charge in 2019”.

Now the makers of ‘Sooryavanshi’ have revealed the first look of the movie and trade analyst Girish Johar took to Twitter to unveil the poster and captioned it “EXCLUSIVE!!!!”

With ‘Simmba’ Rohit Shetty has become the first director of Bollywood to have eight consecutive movies to enter 100 crore club. He has been renamed to Ro-HIT Shetty after the big success of ‘Simmba’ which scored ₹350 crores worldwide and made it to the top 10 highest grossers of Bollywood.

“This is the beginning of the new universe that we’ve created,” Shetty earlier told DNA in an interview.