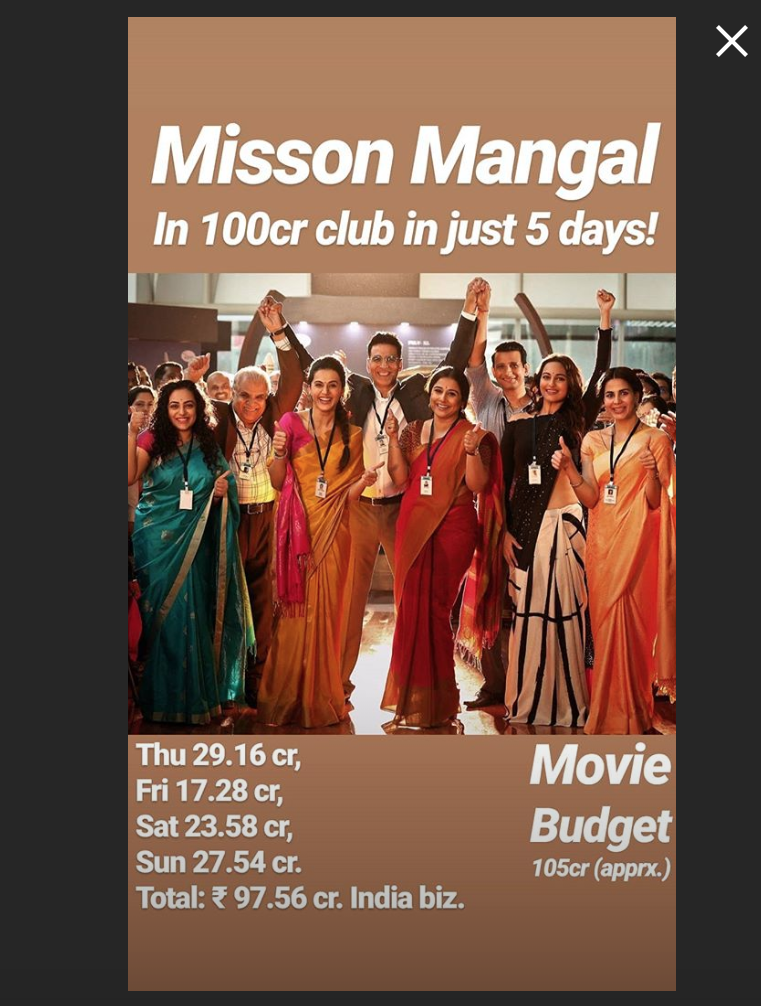 The hit Hindi Drama, written by Jagan Shakti released nationwide this Independence Day, and took off to become an instant hit among the masses.

“Mission Mangal makes for the ideal Independence Day watch. You’ll leave with both a firm understanding of India’s awe-inspiring historic achievement and the inspiration to chase your dreams no matter how impossible it may seem.” Wrote film critic Rochell Pereira

The film’s central plot is the real-life story of the Indian Space Research Organisation’s Mars Orbiter Mission which made Mars more accessible to explore.

Sargun Mehta and Gurnam Bhullar prepping up for release of their film ‘Surkhi Bindi’
Sanaya Irani looks absolutely ‘elegant’ in this recent photo: Check it out
Comment