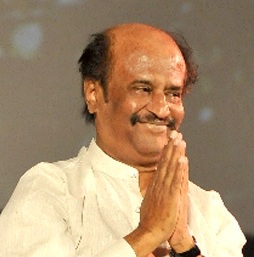 Tamil superstar Rajinikanth is widely known for his humble and down to earth nature. He a recent interview he generously praised his co star and ‘2.0’ film crew for their hard work.

Rajinikanth even said that Akshay is the hero and villain in the movie, his character was just needed for continuation, otherwise the film could have done without him.

“Except for main characters, 2.0 is a completely different film from Enthiran,” he said. “Major Hollywood studios adjusted their prior commitments to work on this project as they were so impressed with the subject of the film.”

Appreciating Akshay’s patience and hard work, he further said, “If I were Akshay Kumar, I would have been fed up of this project. He worked very hard for this film with unimaginable patience. No amount of praise is enough to match his work in the film,” he said. “His character will be talked about very highly after the film’s release.”

Rajinikanth without naming told about a secret character in the film, but in his signature style, he said, “I can’t reveal it right now. But I am sure the audience will enjoy it definitely,”

The trailer of the movie went viral and liked as soon as it was released in the first week of November. It was viewed 25 million times within 24 hours of its release.

Mahesh Babu might set foot in Bollywood soon: Reports
#MeToo is a ‘fad’ and it is turning into a fashion: Mohanlal
Comment