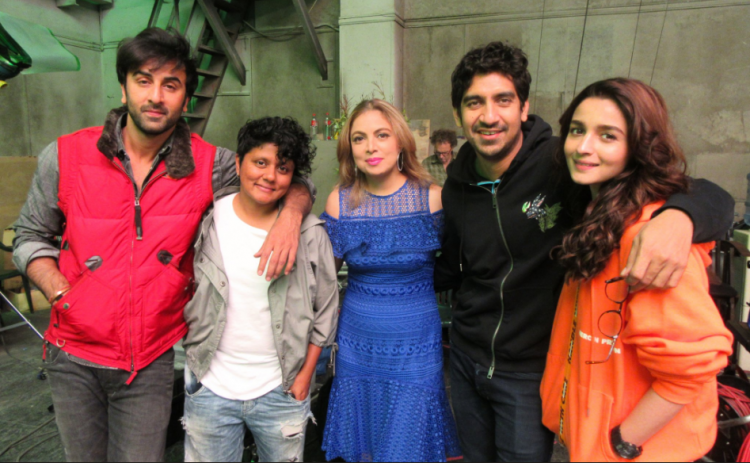 Alia Bhatt and Ranbir Kapoor bid adieu to the beautiful city of Bulgaria. The cast and crew of the film have finally wrapped up the shoot in Bulgaria. Pooja Kapur, Ambassador of India to Bulgaria, shared a picture on Twitter with the cast and crew of Brahmastra and wrote, “Bidding adieu to the charming and talented cast & crew of #Brahmastra. Bulgaria will miss you! #ranbirkapoor #ayanmukerji @aliaa08…..”

In this picture, Ranbir Kapoor, Alia Bhatt and Ayan Mukerji are posing with the crew of the film and they are all smiles after wrapping up the shoot of the film in Bulgaria.

Alia took to Instagram to share a photo from the schedule wrap party and in no time the click went viral. Alia Bhatt shared a photo posing next to rumoured boyfriend Ranbir Kapoor and director Ayan Mukerji. She wrote, “the one with all the joy ??.”

Previously, Indian President Ram Nath Kovind, who was on his three-nation visit to Europe, met the cast of Brahmastrain Bulgaria. Pictures from Ram Nath Kovind’s visit to Brahmastra sets were shared by the President’s official Twitter account. He was accompanied by wife Savita Kovind and President of Bulgaria Rumen Radev.

#PresidentKovind and President Radev dropped in at the studio in Sofia where the Hindi film Brahmastra is being made. The Presidents met the Indo-Bulgarian crew and chatted about cinema as a business and cultural link between the two countries pic.twitter.com/8ApZq1gEJA

While not much is known about Brahmastra and its story-line, Ranbir Kapoor gave us a teeny-weeny piece of information. In an interview, talking about the film, Ranbir said, “It is a romantic-fairytale in a supernatural format.”Ayan Mukerji-directed Brahmastra is a three-part fantasy trilogy which stars Amitabh Bachchan, Alia Bhatt and Ranbir Kapoor in pivotal roles. The film is slated to release on August 15, 2019.

Ranbir Kapoor and Alia Bhatt, who are sharing screen space for the first time in Brahmastra. Before Brahmastra, Ranbir Kapoor and Ayan Mukerji have worked together in Yeh Jawaani Hai Deewani and Wake Up Sid, both of which were hits at the Box Office.