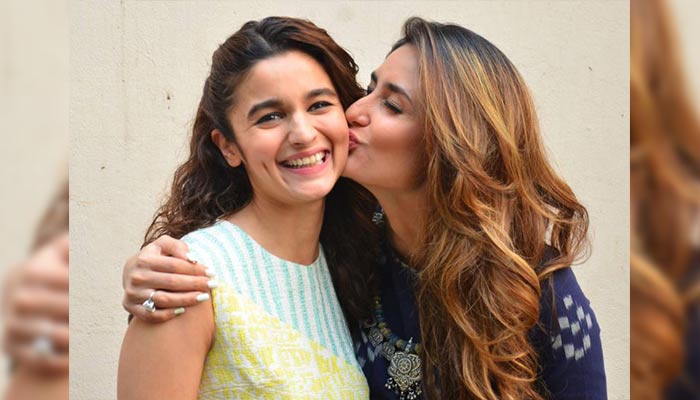 Alia Bhatt is among the most promising and quickly evolving young talents in the film industry. Alia has time and again expressed her immense love and respect for Kareena Kapoor and has also admitted that growing up her favorite character on screen was of Kareena’s ‘Poo’ in Kabhi Khushi Kabhie Gham.

Yesterday in a media event, Alia Bhatt yet again talked about her love for Kareena and how she learns a lot from her in acting world. Alia said, “I have been very vocal about my love for Kareena and she known this. She is the most entertaining human I have met in my life. She has always had such a big impact on me and not just for being a fabulous actor but for her reckless choices. She just did film after film”.

Talking about current trajectory of Kareena’s career, Alia said, “Today, people would think that once you get married your life slows down a bit. It didn’t happen for her. Even after having Taimur, she didn’t slow down. That’s why she has always been super motivating for all of us. Even today when I along with my friends see her pictures getting out of the gym, we wonder is she can look more hotter?”

During the media interaction, the topic of Alia and Ranbir’s relationship also came up and Kareena said that she would be very happy to be Alia’s sister-in-law.