Panaji: The COO of Viacom 18 Studios Ajit Andhare on Friday at the International Film Festival of India (IFFI) said that all producers have sold content to OTTs on huge profits, single screens have lost relevance with the coming of OTTs, opines.

Speaking about the recent spike in OTT content and viewership, Andhare said, “We are witnessing a renaissance in terms of story-telling on OTT platforms. The proportion of revenue contribution from single screens has gone down with the presence of more OTT content for home consumption. OTT subscriptions are going through the roof.”

What is it that drives content producers to OTTs? “Producers and distributors make no loss on the OTT platform. All those who have sold their content on OTT have made profits, ranging from 10 to 100 percent.”

Patel agreed, “Every film is a success in OTT, an alluring position for producers. There is no race or tag of flops.”

Film distributor Akshaye Rathi however highlighted the shortcomings of the new digital medium. “OTTs offer convenience, but not experience. They cannot create the euphoria that a big screen brings.” He pointed out that many people are waiting for the restart of multiplexes and big screens. “The culture of cinema is far too deep-rooted in our country. People are waiting to do out-of-home consumption. We are one blockbuster away from getting the floodgates open. But there is no doubt that film theatres need a push, especially in the post-COVID period,” he said.

The International Film Festival of India (IFFI), is one of the most significant film festivals in Asia. Held annually, currently, in the state of Goa, the festival aims at providing a common platform for the cinemas of the world to project the excellence of the film art; contributing to the understanding and appreciation of film cultures of different nations in the context of their social and cultural ethos, and promoting friendship and cooperation among people of the world. The festival is conducted jointly by the Directorate of Film Festivals (under the Ministry of Information and Broadcasting) and the state Government of Goa. 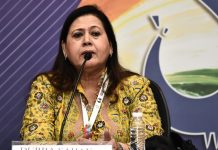 I want to save our generation from item dances: Aavartan Director Durba Sahay 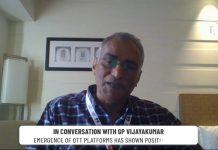 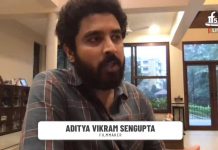 The shift to digital has changed the mind-set of filmmakers: Aditya Vikram Sengupta at IFFI