Since the exposure of Indian fantasy cinema in Japan, through ‘Baahubali-The Beginning’, the country has been suffering from fantasy fever. Japanese showered lots of love to the Indian film which were released there.

Well, the love for Bollywood doesn’t end with love and appreciation in Japan. Baahubali movies had a great impact there and they made cosplay, game cards, and fan posters to show their love.

Being the first exposure to Indian fantasy film, Japanese paid a huge tribute to Baahubali franchise and made a prototype of Amrendra Baahubali in Japan. Fans then started sharing the pics showing Prabhas in his unique pose as Amarendra Baahubali. Prabhas is seen sitting royally on a throne, with one hand on tiger behind the throne. 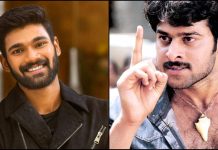