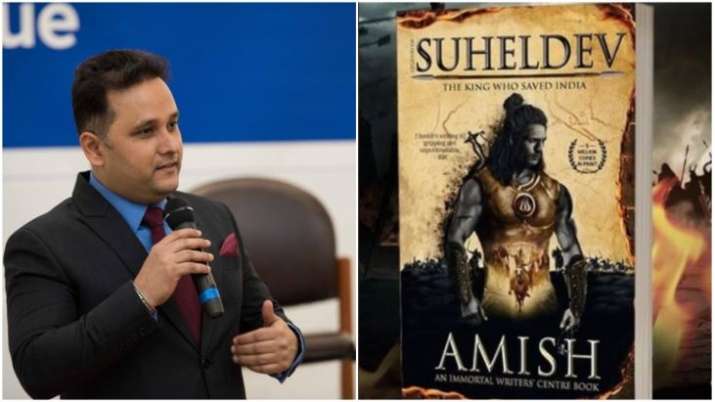 The author, Amish Tripathi, has crafted a name for himself in the fictional genre. Telling stories of Indian mythology, with a touch of panache. On 20th June, this year he had released his 8th book, Legend Of Suheldev: The King Who Saved India. It got an amazing response from readers, who loved the story of an unforgotten hero.

Since the book became a success, the itch to turn the book into a film, set forth. Thus, now the book is getting a film adaptation. Ad Filmmaker, Senthil Kumar is going to helm the film.

Producing the film are Wakaoo Films, Casa Media, and Immortal Studios. The book, tells the story of Indian King, Suheldev, who defeated the army of Ghazi Saiyyad Salar Masud in the Battle of Bahraich, in 1034 CE.

Suheldev’s heroic efforts were unknown to most of the people in the country, which Amish decided to tell. As his book, contains a story having a battle as its center, the film will also focus on its battle sequences closely.

The makers are going to mount the film on a grand scale, with the use of virtual production technology.

Worldwide, Amish is famous for his Shiva trilogy books and has sold over 5.5 million copies till now. This also marks the first time, his book is being turned into a feature film. He’ll serve as a creative producer on the film, ensuring that it stays true to his book.

Talking about the book getting turned into a film, he said :

“Maharaja Suheldev’s story tells us that when we Indians are united, we are unbeatable. I am delighted that my book Legend of Suheldev is being converted into a movie to reach out to an even wider audience.”

While the film is currently in development, the lead cast for it is to be decided too.

The makers will surely look to cast an actor, who brings the bravery of King Suheldev alive on-screen. A story, which must be told, and with the film, it’ll reach a wider section of the audience.

Till then you can order Amish’s book and read the story, to get to know who, King Suheldev was, and how he helped India.