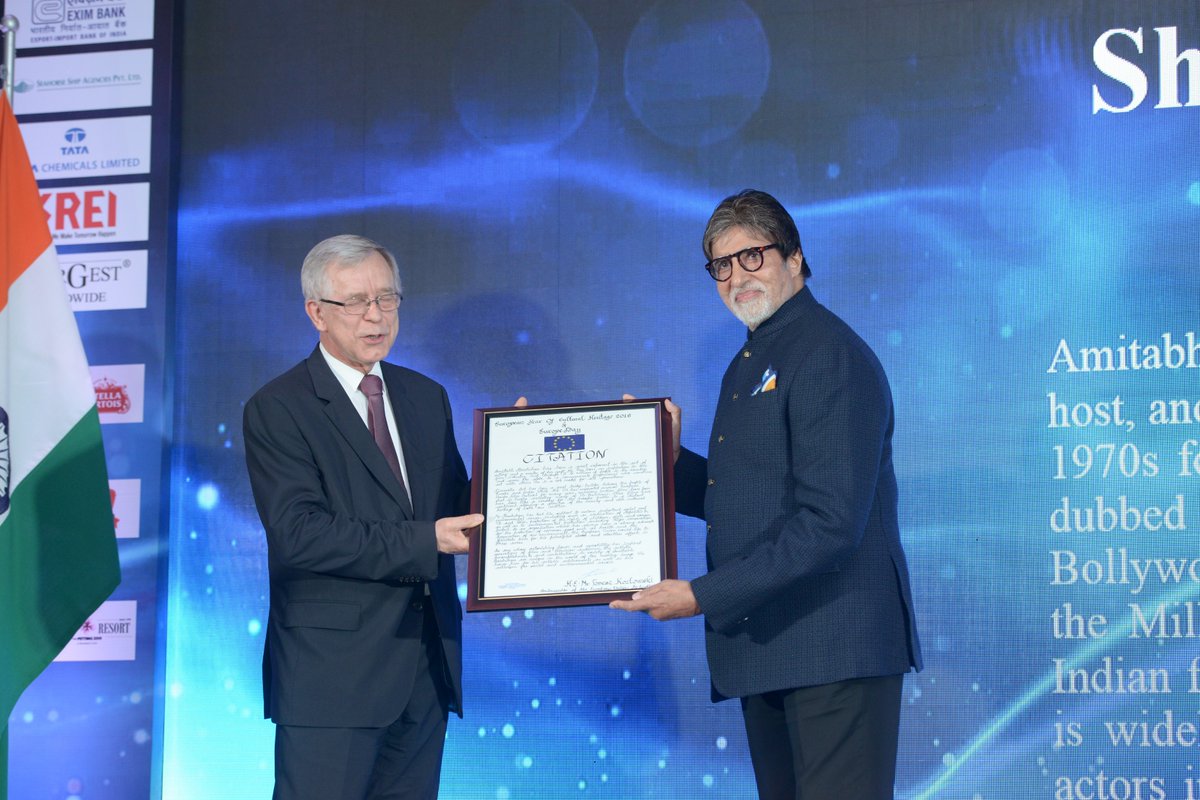 At the Europe Day celebration at the Taj Mahal Palace in Mumbai, Mr. Tomasz Kozlowski, the European Union ambassador to India, felicitated Mr. Amitabh Bachchan with a Citation for being a key bridge builder between Europe and India. This Citation was presented to Mr.Bachchan to acknowledge his contribution to the present youth all across the world through his library of movies, and other co-curricular social work.

On the evening of 18th May, Amitabh Bachchan updated his official blog with a letter as a short show of gratitude to the European Union. He uploaded a few pictures from the event earlier, and captioned them with gratuitous words, confessing that he was very humbled to receive this award. Amitabh also wrote that he felt like he was not deserving of the award and that the contributions of many others who should have been awarded this Citation had been overlooked by the mere ones made by him. However, he concluded that he was extremely thankful and obliged to have been recognized by the EU.

Amitabh Bachchan also uploaded a thank you post on his Twitter where he attached pictures of him receiving the felicitation from the senior members of the EU. 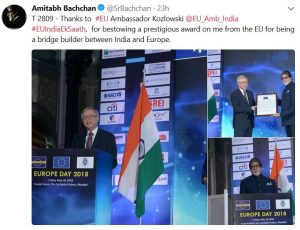 In response to his tweet, Mr. Tomasz Kozlowski uploaded a tweet congratulating him on receiving the Citation. Tomasz stated that he was very obliged to have met Shri Amitabh Bachchan, whose fame knew no country boundaries. Tomasz also thanked Amitabh for gracing the Europe Day event in Mumbai with his presence as the Guest of Honour and hoped that Mr. Bachchan would keep up his contribution to better the cultural bridges between Europe and India.