The Indian Wire » Entertainment » Why did Amitabh Bachchan send a job application to Katrina and Deepika? 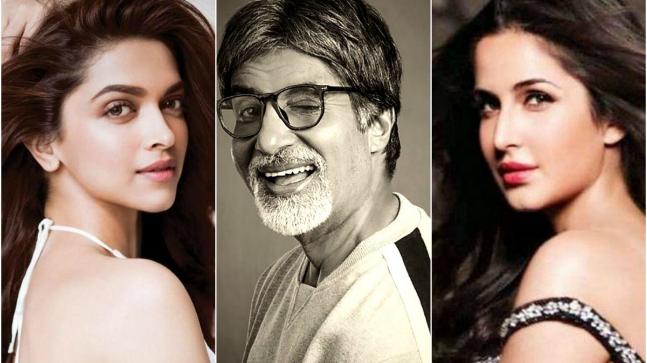 If you think the greatest actor of our century is in need of a job then you can’t be more wrong. It’s in fact his way of adding humor to our lazy Sunday mornings that has led to this so called job application.

Amitabh Bachchan’s witty sense of humor on social media and otherwise is by far the best that Bollywood has witnessed. Be it giving satirical accounts on the culture of Paparazzi or just hilarious personal anecdotes, Bachchan’s humor surpasses all. Recently he took to twitter to give his humorous response to one of the articles on a newspaper about tall actresses having a problem with actors of short height.

An article on Mumbai Age dated 14 February, 2018 was titled “Deepika, Kat too tall for Shahid, Aamir”. The article commented on how Deepika and Katrina were too tall for co- stars Shahid and Aamir in the movies Padmaavat and Thugs of Hindostan, respectively. Amitabh took a shot at the article sending a job application aimed at the actresses owing to his taller frame, asking for a chance to be their hero over the shorter actors. The application read as, “Job Application : Amitabh Bachchan DOB 11.10.1942 .. age 76 .. 49 yrs experience in films .. approx 200 films acted .. speaks Hindi .. HEIGHT 6’2’’ .. available .. You shall never have height problem !!”

While Deepika has already shared screen space with Amitabh in Piku, Katrina too will be seen with him in the upcoming movie Thugs of Hindostan. Big B, however, will also be seen soon in Ayan Mukerji’s Brahmastra and Umesh Shukla’s 102 Not Out.

Naagin 3: Surbhi Jyoti and Anita Hassanandani replace Mouni Roy and Adaa Khan; watch promo
Shahid Kapoor – Mira Rajput are like two teenagers in love and this picture says it all