She recently shared a picture on her Instagram profile with her co-contestant Shraddha Arya, giving out major friendship goals to her fans.

Anita is contesting with her husband Rohit Reddy on the show while Shraddha is with her partner Alam Makkar. The duo had recently got engaged on the show.

Shraddha was recently in the news after she said that judge Raveena Tandon started talking to fellow judge Ahmed Khan, during her performance which got her distracted.

On the acting front, Shraddha is currently playing the role of Dr. Preeta Arora in the serial ‘Kundali Bhagya’, which is a spin-off of ‘Kumkum Bhagya.’

The role has been well received and has earned her the Best Actor Female (Popular) at the Gold Awards.

Shraddha had recently appeared in the music video ‘PK’ with Gurnam Bhullar which became popular and has 39 million views on YouTube.

Anita is currently playing the role of Shagun Raghav in the hit serial ‘Yeh Hai Mohabbatein.’

She also played the role of serpent Vishakha in the fantasy serial ‘Naagin’, which she will reprise in its fourth season.

Anita had recently appeared in two music videos, ‘Teri Yaad’ with Rohit and ‘Peerch Meri. Both the songs became popular with 10 and 12 million YouTube views respectively. 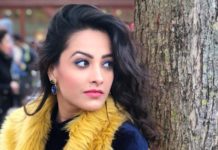 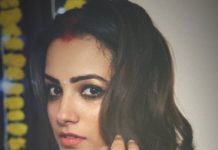 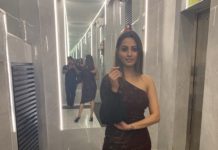 Anita Hassanandani looks stunning at the Gold Awards in THIS picture