The Indian Wire » Entertainment » Anthology Films in India: A Story of Revival 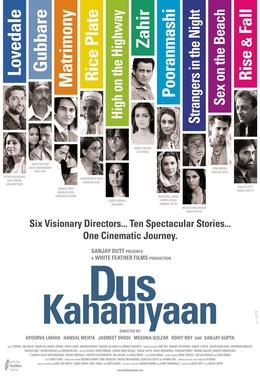 In literature, anthology is a book which contains a set of stories or poems, usually on a common theme, and are sometimes written by different authors. Likewise, an anthology film is a subgenre of cinema which comprises a series of short films based on a particular theme, often directed by different filmmakers and mostly featuring an ensemble cast.

While OTT platforms are being praised for popularizing anthology films, they are not new to the Indian audience. They have been a part of Indian cinema for quite a few years now. It goes as far back as 2007 when Dus Kahaniyaan released. I am (2010), Bombay Talkies (2013), Malayalam film Solo (2017), documentary Rubaru Roshni (2019) are a few other examples.

However, it seems like Netflix’s Lust Stories (2018) did a good job setting a precedent for the rise of anthologies when it comes to streaming, and has also revived general interest in the format among the audience. Netflix has since then added Ghost Stories (2020), Sillu Karupatti (2019) and Paava Kadhaigal (2020) in Tamil, and Pitta Kathalu in Telugu which is about women navigating through complicated relationships and is set to release on 19th February 2021. Then there is Navarasa, also in Tamil, an upcoming anthology web series.

The reception of anthologies has been quite positive among people. In 2020, even Amazon Prime Video debuted its first Indian original anthology film, Putham Pudhu Kaalai in Tamil, followed by Unpaused in Hindi. Both of them are post-pandemic productions, series of stories dealing with human relationships but the pandemic has been roped into them quite nicely as well.

Some of these anthologies also mark popular OTT platforms’ venture into original productions in regional or vernacular languages, specifically the south which is proving to a big market in India.

With the continuing incline of anthology projects, one can see how many mainstream feature film directors are also taking it up as a challenge, experimenting with and adapting to short films. For a few of them it is also their OTT debut.

Gautham Vasudev Menon is one such director, who appears to have found comfort in this style of filmmaking rather recently. Kutty Story (2021) which released in theatres on 12th February ahead of the valentine weekend marks his third anthology project.

There are also a few films which set out with the anthology premise but differ from the genre by connecting the different stories by including a brief overlapping or interlocking event.

Web Series in India: A Brief Look at its Journey
How ‘Bechdel Test’ Friendly is Indian Content