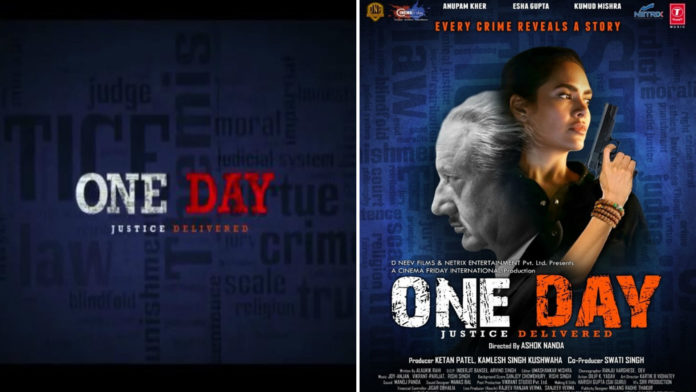 The upcoming thriller drama “One Day” featuring Anupam Kher and Esha Gupta as the main lead, is pushed down to hit the theatres from June 28 to July 5.

This is for the second time the makers shuffle the date, it was set to be released on June 14 which was postponed till June 28th and now it is scheduled for a new date.

The film’s tagline reads, ‘Where’s there is justice, there will be victory’ which seems like the base of the movie and rightly sets the tone for the film’s subject.

Recently, a video clip was released where the main lead of the movie is giving his monologue. The primary poster of the film was discharged in February., Passing by the film’s notice, the story may rotate around a resigned man who has a go at fathoming wrongdoing to get equity.

‘One day” the spine-chiller is directed by Ashok Nanda and it is produced by Ketan Patel and Swati Singh.