The Indian Wire » Entertainment » Anupam Kher : Will work as a team with FTII students! 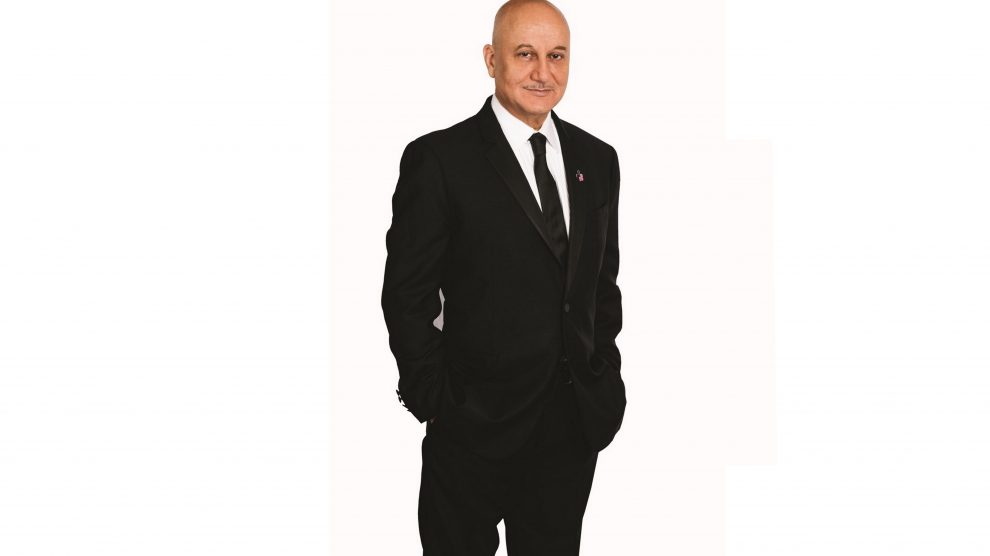 Anupam Kher was recently appointed as a chairman of the FTII, he says that he is all ready to work with the students of the FTII.

Legendary actor Anupam Kher was recently appointed as a chairman of the Film and Television Institute of India (FTII), he says that he is all ready to work with the students of the FTII and he says that before he starts he would like to hear from them. Anupam says that it is too early for him to list down the things which he wants to do, he wants to inspire the students of the FTII by sharing his personal experience with them as an actor.

He says that he does not want to carry a burden of being Anupam Kher, he will rather prefer asking the students and he will work with them and you never know that he might come up with something else. He believes that it is very important to give them the vast knowledge of the world of cinema and inspire them and the good way to inspire them is by telling your own stories.

However, Anupam says that all his stories are just not all about his victory or his achievements but he will also be telling the students about his defeats and failures. He says that he is a sum of the total of his successes and his failures. He has spent a lot of days on the streets of Mumbai and he will also include that as a part of the knowledge while sharing with the students.

Later this year he will be going to Australia to attend an ‘In Conversation’ event series and award night which was launched by the Australian Academy of Cinema and Television Arts. Anupam says that now Indian cinema and talent are being recognized globally and with that and with that an Indian audience is becoming more knowledgeable.

Moreover, he feels that because of the satellite channels or multiplexes, Indian audience has become more educated and they just won’t accept anything that is shown to them. There are many technicians, actors, cameramen and much more people are working hard and if you are an optimist in today’s time you will surely find the work. He is currently working on his new book with a title ‘Lessons Life Taught Me Unknowingly’, and the book is all set to release in April next year.

Salman Khan’s next ‘Bharat’ to arrive on Eid 2019!
Ranveer Singh seeks blessings from a priest!