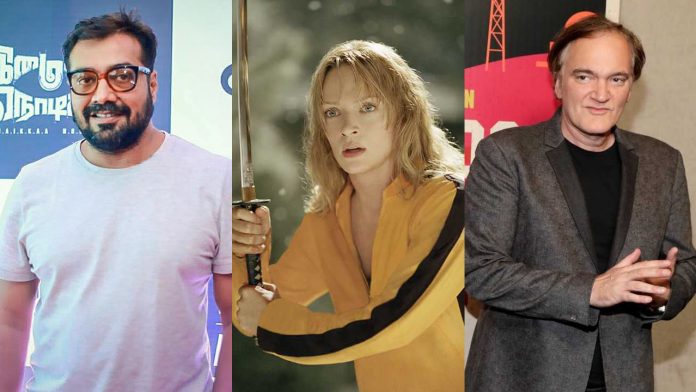 Hindi remake of Quentin Tarantino’s renowned film series Kill Bill has been creating a buzz for a while now and producer Nikhil Dwivedi has always desired to make it. In a recent media interaction, Nikhil revealed that Anurag Kashyap is working on this famous action thriller film by Uma Tharaman and he may soon finalize the casting for it as well.

The producer in an interview with Bollywood Life said that Anurag Kashyap is working on the Hindi adaptation of this film and has 2 names in his mind for the lead role in the film. However, Nikhil has not disclosed the names of these 2 actresses. However Nikhil has announced his next project in which 3 films will be made and in the lead role, Shraddha Kapoor will play the role of the willful serpent.

Nikhil also pointed out that Shraddha can play the pivotal part too as he believes the actress has all the required qualities. Meanwhile, it remains to be seen how the remake of Kill Bill and the journey goes by. Fans will have to wait for Nikhil and Anurag to start work on this film. For those unaware, Nikhil has produced films like ‘Veere Di Wedding’ and ‘Dabangg 3’.

And so far the Kill Bill remake is considered; we believe that it is in good hands of Kashyap and we hope it won’t disappoint us.