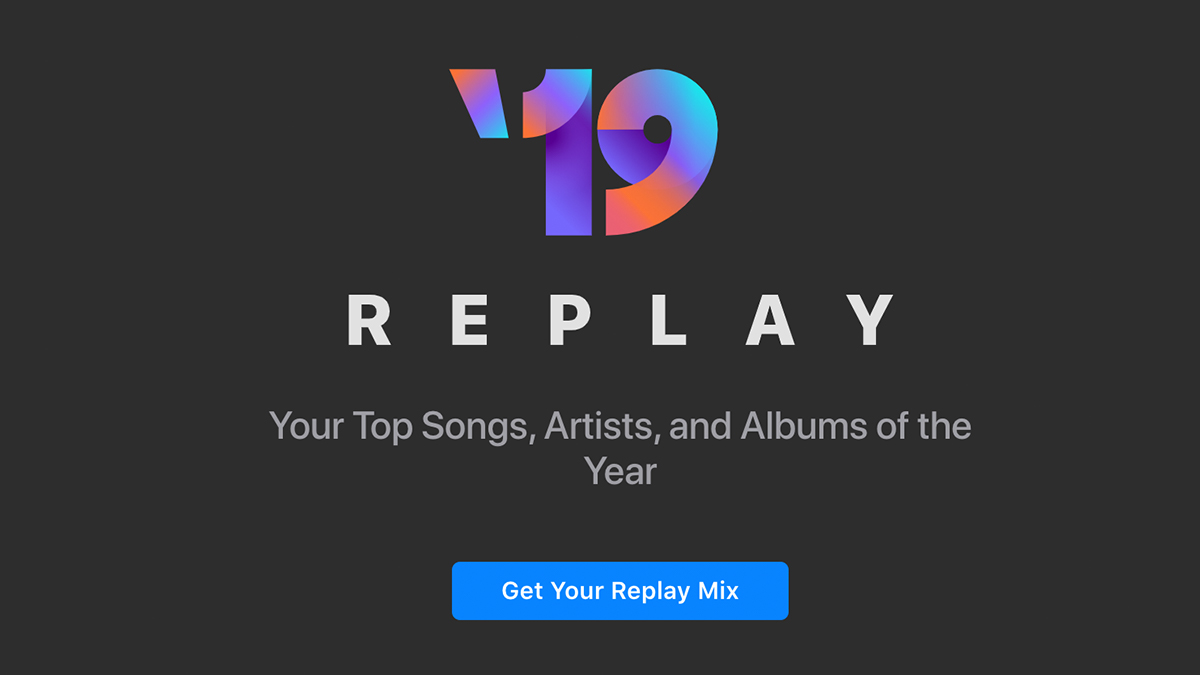 As 2019 is about to end, Apple has decided to pay its tribute with a new feature. Apple released “Replay”, a feature that will play songs you listened the most in 2019. The feature is similar to the feature “Wrapped” from Spotify.

Replay will allow you to see things like how many albums your music selections came from, or which top songs you had on repeat. Apart from playlists, this feature will show you your favorite artists and albums of the year, in addition to other stats like how many artists you listened to in total. Apple is planning to add new songs and data insights in Replay to reflect each person’s current listening activity.

Apple Music‌ subscribers can access Apple Music Replay on the web and add the playlists to iOS or Mac devices. Replay should also be available in the iOS and Mac Music apps without the need to use the feature on the web, but it’s still in the early stages of rolling out and not available on every platform yet.

With this new feature, Apple is planning to compete against Spotify and attract users to Apple Music. Spotify reported that they reached the mark of 113 million subscribers in September, while Apple music had only 60 million subscribers as of late June.

Bigg Boss 13, Vishal, Devoleena, Mahira and Paras scolded for disobeying the oversleeping rule
Aparshakti Khurana and Shalmali’s new song ‘Ruka Ruka’ is out and Bollywood is in love
Comment