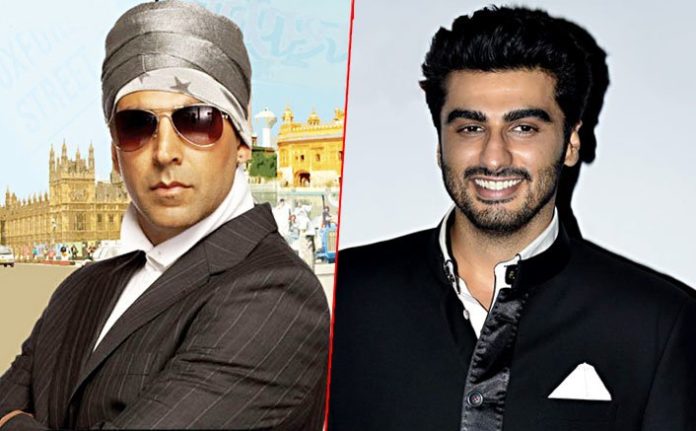 After having experienced numerous war-period drama in last few years like Bajirao Mastani, Padmaavat etc, we are again going to witness another war epic, which entails the events that led to the Third Battle of Panipat in 1761. The trailer of the movie was released yesterday and it received mixed reactions.

Audience on one hand termed it a ‘duplicate’ version of Bajirao Mastani, people from the film industry seemed to have liked the trailer. Big names like Akshay Kumar, Shahrukh Khan, Hrithik Roshan applauded the work of the makers of the film.

Arjun thanked the Housefull 4 actor saying that it’s very kind of him. He said, “Sir u are too kind… 🙏”.

Talking about the flak that the trailer is facing, one thing that audience has pointed out is the casting of Arjun Kapoor. People have criticized his ‘expression’ in the movie and have pointed out that he is not fitting in the role of the Maratha warrior.

Arjun Kapoor is in the role of ‘Sadashiv Rao Bhau’,  the Commander-in-Chief of the Maratha army which led a northern expedition in order to repel the invading forces of Ahmad Shah Abdali (Sanjay Dutt), the King of Afghanistan.

People were quick to compare the film and Arjun Kapoor with Bajirao Mastani and Ranveer Singh respectively.

Another user wrote, “Hope this can be a career turner for Arjun..
However, everytime i m watching him in the trailer, i feel like,he is mimicking Ranveer”.

The character of Sanjay Dutt in the movie is looking impressive and people have termed him as ‘only thing worth watching’ in the movie.

Dutt is playing the character of ‘Ahmad Shah Abdali’ and he is looking very promising and ruthless in his role.

Talking about the film, it is directed by Ashutosh Gowarikar and stars Kriti Sanon in addition to Arjun and Sanjay Dutt in the main roles. The movie is scheduled to release on 6 December 2019.