A movie that sparked talks about something not so common to talk in India i.e. middle-age pregnancy, ‘Badhaai Ho’ is a kind of film that can tickle your funny bones as well as open your minds up at the same time. As we all are aware of the fact that Ayushmann Khurrana is fond of doing concept or issue-based films. Badhaai Ho is yet another Ayushmann starrer blockbuster.

Today, on Badhaai Ho’s first anniversary, Ayushmann feels proud as well as special as it was his first film to enter 100 crore club.

Ayushamann was reported saying, “Badhaai Ho’ gave me my first Rs 100 crore superhit. So, it will always be a very special film in my filmography. I think I pushed the envelope a little bit further by choosing another script that was about a taboo topic that was not explored in detail. I wanted to tell the story of what a family goes through if a middle-aged couple suddenly gets pregnant.” adding to his statement he said, “It gave people a lot of laughs but I hope it also taught people more about love, unconditional love. It was meant to trigger a thought, spark a conversation and I’m delighted that ‘Badhaai Ho’ did all this in its own unique way.” 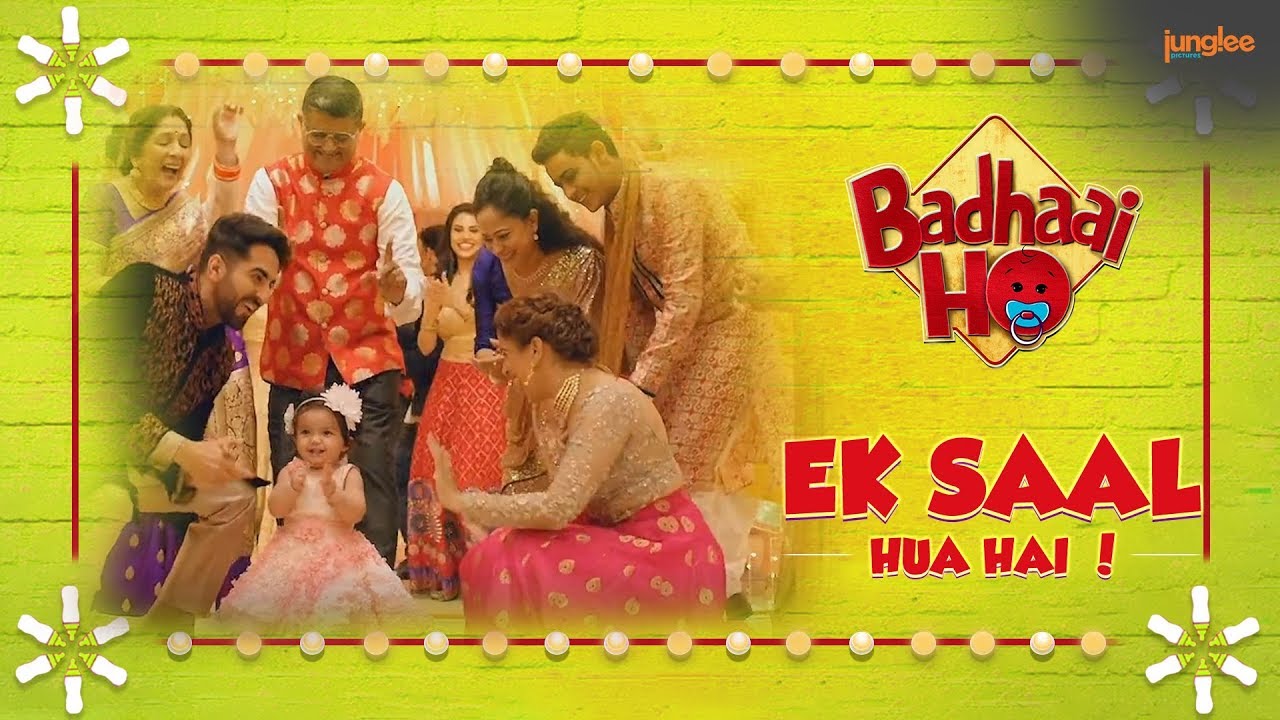 Talking about the idea of the film, Ayushmann shared that he thinks Badhaai Ho was brilliantly scripted.

“I have always chosen films because of their uniqueness of content and ‘Badhaai Ho’ was a script that I wanted to back from the word go. It was a brilliant idea and an even more brilliant script written by Akshat Ghildial and Shantanu Srivastava.”It was incredibly directed by Amit Sharma, who I consider, one of the best directors of today’s time and I applaud our producer Priti Sahani for her vision to back this film,” he said.

Now, if we talk about his future projects, Ayushmann Khurrana is prepping for the promotions of his upcoming film Bala with Yami Gautam and Bhumi Pednekar. He is reuniting with Shoojit Sircar for the comedy-drama Gulabo Sitabo with Amitabh Bachchan. Moreover, he will also be seen in the sequel of his own film Shubh Mangal Savdhan named as Shubh Mangal Zyada Savdhan with Bhumi Pednekar.