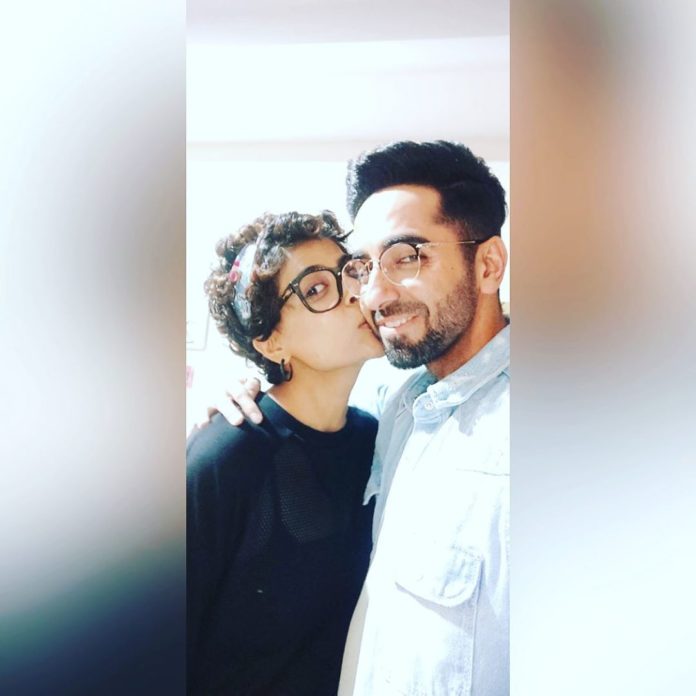 Ayushmann Khurrana known for giving back-to-back chartbusters in the past two years, is now on his way to make some new records with his recent release Bala. Directed by Amar Kaushik and produced by Dinesh Vijan, Bala is the story of a man with premature balding and how he copes with the situation. Inspite of all the controversies and allegations, Bala seems to make its way to the viewer’s heart. The secret to Ayushmann’s accomplishments is not just his hardwork and dedication, but the emmense love he gets from his friends, family and fans.

Today, Ayushmann received one such beautiful message from his family to get him going. The actor’s wife, Tahira took it to her Instagram and posted a picture of Ayushmann in Bala’s avtaar, drawn by one of their kids, saying, “About time you stay in Mumbai. This is the little one’s recall value of you.”

To which the actor replied by putting it on his Instagram and wrote, “My Jaan (with a heart emoji).” Clearly, the actor was out of words, receiving such support and love from his little ones.

Currently, on film front, the actor is working on his next romantic comedy drama Shubh Mangal Zyada Saavdhan, which focuses on homosexuality and is also a sequel of Shubh Mangal Saavdhan but with a completely different concept. The actor will be seen playing the love interest of Jitendra Kumar, known for his work in The Viral Fever. Directed by Hitesh Kewalya, the movie also stars Neena Gupta, Gajraj Rao, Maanvi Gagroo, Pankhuri Awasthy and Sunita Rajwar. The film is dated to hit the screens on March 13, 2020.