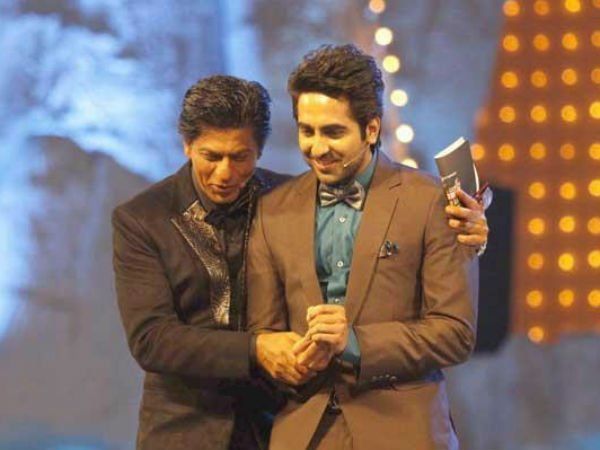 Ayushmann Khurrana is currently on a roll in Bollywood with his back to back superhit films. After the success of of films like Andhadhun, Badhaai Ho, Article 15 and Dream Girl, actor has delivered yet another, what looks to be like, a successful film in the form of Bala. Actor is receiving accolades for his performance and it seems this is also going to join in the list of him super hit films.

In addition to his flawless acting skills on screen, Ayushmann is known as someone who is open on various issues which other actors sometimes don’t like to talk about. Ayushmann has often expressed his love and respect for Shahrukh Khan and has said that how Shahrukh has always inspired him to take this career.

Now Ayushmann has expressed his desire on working with Shahrukh. During his chat with his fans no Twitter, a fan asked if he has written a script for himself and Shahrukh. Ayushmann replied, “I really want to. I’m an SRKian and in #bala I’ve given a tribute to him in my own sweet way.”

If this thing is going to be true, it is safe to say that the film is going to be a blockbuster. Ayushmann is considered to be the most successful actor of this generation, whereas Shahrukh brings with him the stardom and charisma. We can’t wait to see these two star in a movie together.