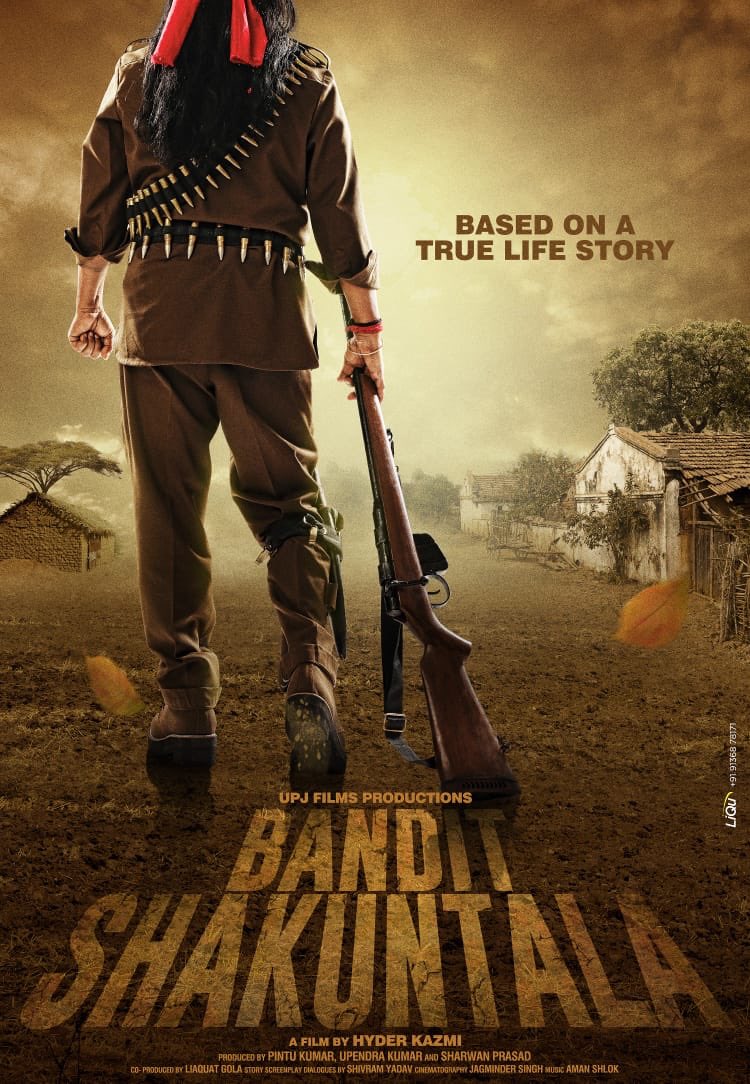 The upcoming film Bandit Shakuntala which is a biopic of Bihar’s former Dacoit Shakuntala Devi will be shot in a single schedule. The non-stop shooting will take place in December on actual locations.

Non-stop shooting in a single schedule in December on actual locations. pic.twitter.com/rhoruQRoHz

The first look of the film was launched at the 40th American Film Market by director Hyder Kazmi and co-producer Liaquat Gola along with Irina Ratcu of Alien Films, Romania.

Bandit Shakuntala will premiere at Cannes Film Festival next year.

Shakuntala’s life story has a striking resemblance with the life of famous dacoit Phoolan Devi’s whose biopic was made by Shekhar Kapur. Titled Bandit Queen, the film starred Seema Biswas in the titular role and emerged as a huge success.

Before being exonerated by the court, Shakuntala reportedly spent about five years in jail on different criminal charges ranging from murder, dacoity, extortion to loot. She claimed that she was gangraped at an early age by some influential persons of her village who wanted to usurp her ancestral land.

After getting released from jail she kept herself busy in recording Bhojpuri and Maithali music albums.