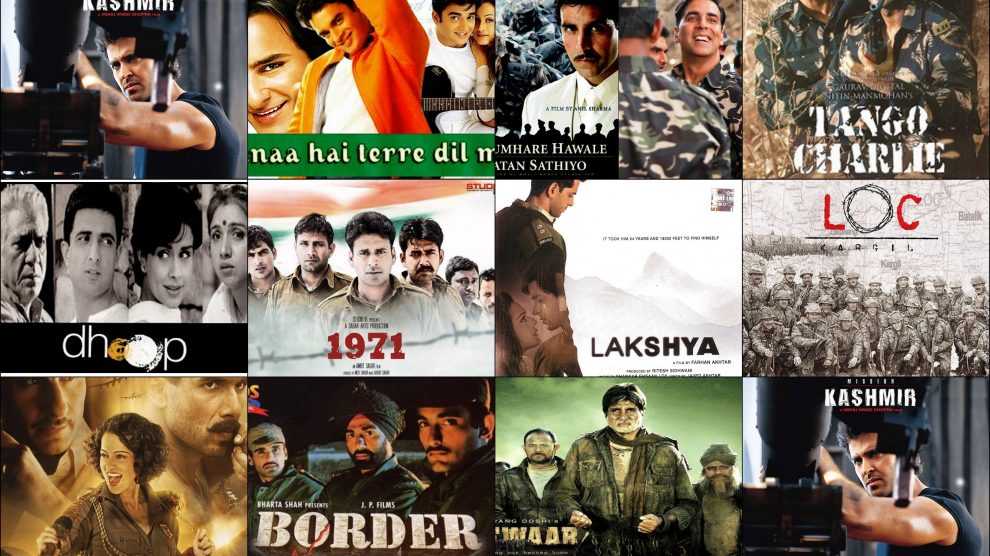 Today, we will be going to show you the list of top ten Bollywood war movies and the list of those movies are as follows.

Indians have always had a soft corner for army or war based film. Nothing gives adrenaline rush more than watching our Indian soldiers on screen dying for the country. It is believed that there is a deep sociological as well as the psychological impact of these on the collective consciousness of the Indian society. And the filmmakers have made sure that war films never go out of trend.

Bollywood’s last army based film ‘Uri- The Surgical Strike’ emerged as one of the highest grossing films of 2019 and established Vicky Kaushal as one of the finest heroes of the film industry.

Have a look at the top 10 Bollywood war and army based movies:

Uri: The Surgical Strike is an Indian action film based on the fictional 2016 Indian Army’s surgical strikes on Pakistan Administered Kashmir as a retaliation for the Uri attack. The movie is written and directed by debutant Aditya Dhar and is produced by Ronnie Screwvala under his banner RVPS movies.

In 2016, the Indian Army conducted surgical strikes against the militant launch pads in Pakistan occupied Kashmir (PoK). 19 Indian soldiers were killed in Uri terrorist attack, in retaliation to it 35-55 terrorists were killed in a covert operation. Subsequently, Pakistan denied the incident.

The film’s dialogue “How’s The Josh?” is still quite fresh on the audiences’ mind and its answer “High Sir” still gives us goosebumps.

Akshay Kumar starrer ‘Kesari’ narrates the story of the bravest battle ever fought in the history of world Battle of Saragarhi. It explores the story of Havildar Ishar Singh who participated in the Battle.

The Battle of Saragarhi which was fought on 12 September 1897, is known as the bravest battle ever fought because it witnessed an army of 21 Sikhs soldiers of the British Indian Army against 10,000 Afghans.

‘Kesari’ is not the action film but a war drama which induces adrenaline rush in the viewer.

The was directed and produced by the Anil Sharma. The story of the movie has been written by Shaktimaan Talwar. The movie features Amitabh Bachchan, Akshay Kumar, Bobby Deol, Divya Khosla Kumar, Sandali Sinha, and Nagma in the lead roles. The music in the movie has been given by Anu Malik. The movie was released on December 24, 2004.

However, the movie is based on the fictional terrorist attack on the famous holy temple Amarnath temple. The movie has also various plotline which is happening concurrently and the parallel to the main plotline of the same terrorist and they were planning to attack the holy temple. In the movie, Major Rajeev Singh (the role played by Akshay Kumar), who is an Indian Army officer and in the movie he is missing in the action and leaving behind a newly wedded wife named Shweta Singh (the role played by the actress Divya Khosla). The caption Kunal (Bobby Deol) and he is the grandson of a war veteran falls in love with Shweta and they are planning to leave everything for her and that includes the duty to the country.

It is a 2005 movie ‘Tango Charlie’. The movie has been directed by Uday Khunti and produced by the Nitin Manmohan. Mani Shankar has penned down the story of the film. The movie features Ajay Devgn, Bobby Deol, Sanjay Dutt, and Sunil Shetty in the lead.

‘Tango Charlie’ was released on March 25, 2005. The movie explores the journey of Tarun Chauhan (Bobby Deol) from a police recruit to a war-hardened fighter in the Indian border security force (BSF). 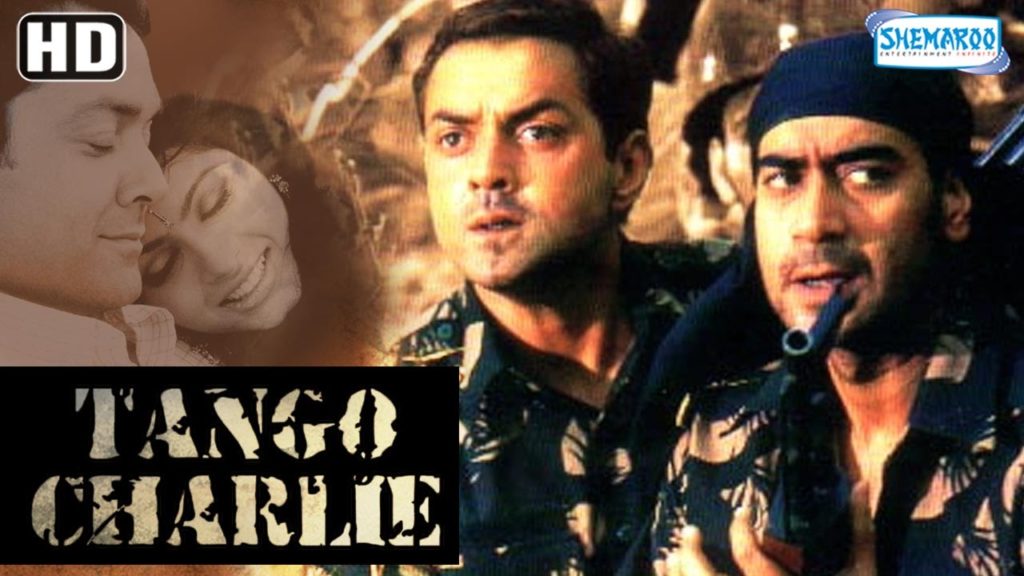 It is a 1997 movie based on the Battle of Longewala during the Indo-Pakistan War of 1971. The movie which has been directed and produced by J.P Dutta, features Sunny Deol, Sunil Shetty, Akshaye Khanna, Raakhee, Jackie Shroff, Tabu, Sudesh Berry, Pooja Bhatt, Kulbhushan Kharbanda, and Puneet Issar. The movie was released on June 13, 1997.

‘Border’ is an adaptation of the real-life incident happened at the battle of Longewala during the Indo-Pakistan war of 1971. The movie was released at the Independence day Film Festival and was jointly presented by the Indian Directorate of Film Festivals and the Ministry of Defense, commemorating 70th India Independence Day.

The film features Saif Ali Khan, Shahid Kapoor and Kangana Ranaut in the lead. Vishal Bhardwaj has given music to the film.

‘LOC Kargil’ is an Indian war film, based on the Kargil war fought betweenIndia and Pakistan. The movie which has been directed, produced and written by J.P Dutta. The movie features Sanjay Dutt, Ajay Devgan, Karan Nath, Saif Ali Khan, Sunil Shetty, Akkineni Nagarjuna, Rani Mukerji, Kareena Kapoor Khan, Esha Deol, Raveena Tandon, and Preeti Jhangiani in the lead. The music in the movie has been given by Anu Malik.

The movie was released on December 25, 2003. The movie is based on the true rendering of the 1999 India-Pakistan battle, the movie portrays a step by step account of how the Kargil war happened and the main reason behind it and how it ultimately played out.

The movie describes that when the two nations fall into the war, how it affects the residents as well as the smallest members of the army. Moreover, the movie weaves the beautiful story of the martyrs like Caption Vikram Batra and Manoj Pandey, who did not flinch in front of the death for their country. The movie ‘Airlift’ which is an Indian dystopian historical drama movie. The movie has been directed by Raja Krishna Menon and produced by Nikhil Advani. The movie features Akshay Kumar and Nimrat Kaur in the lead.

The story revolves around a Kuwait based businessman Ranjit Katyal (Akshay Kumar). He carries out the evacuations of Indians based in Kuwait during the Invasion of Kuwait by Saddam Hussein’s Iraq. The movie premiered on January 22, 2016.

The film was featured among the 2016 Indian Panorama section of the International Film Festival of India. It bagged the Zee Cine Award and one National Film Award.

It is based on the 1990 invasion of Kuwait city by Iraq and it is thematically similar to Ben Affleck’s Argo. The movie ‘Lashya’ which got released in the year 2004 it is an Indian war drama film, directed by Farhan Akhtar and produced by Ritesh Sidhwani. The story of the movie has been written by Javed Akhtar.

The movie features Amitabh Bachchan, Hrithik Roshan, Preity Zinta, and Sharad Kapoor in the lead. The music in the movie has been given by Shankar-Ehsaan-Loy. The movie which got released on June 18, 2004. The movie with a title ‘Lakshay’ tells us the story of the Karan Shergill (the character which has been essayed by the Hrithik  Roshan) and he is an aimless man and he is irresponsible too and he is very much confused about what he wants to do in his life. In the movie, a careless joke and a bitter breakup makes him steel he revolves and then later he joins the Indian army and after that, he does not stop. He has set him with a target and he is having one Lakshya in his mind and that was that he has to save his motherland from anyone who would see it harmed. Both the actors have portrayed the mixed with the soulful music and with a fictionalized backdrop of the 1991 Kargil War that will make this movie a complete package for any fan of the genre. 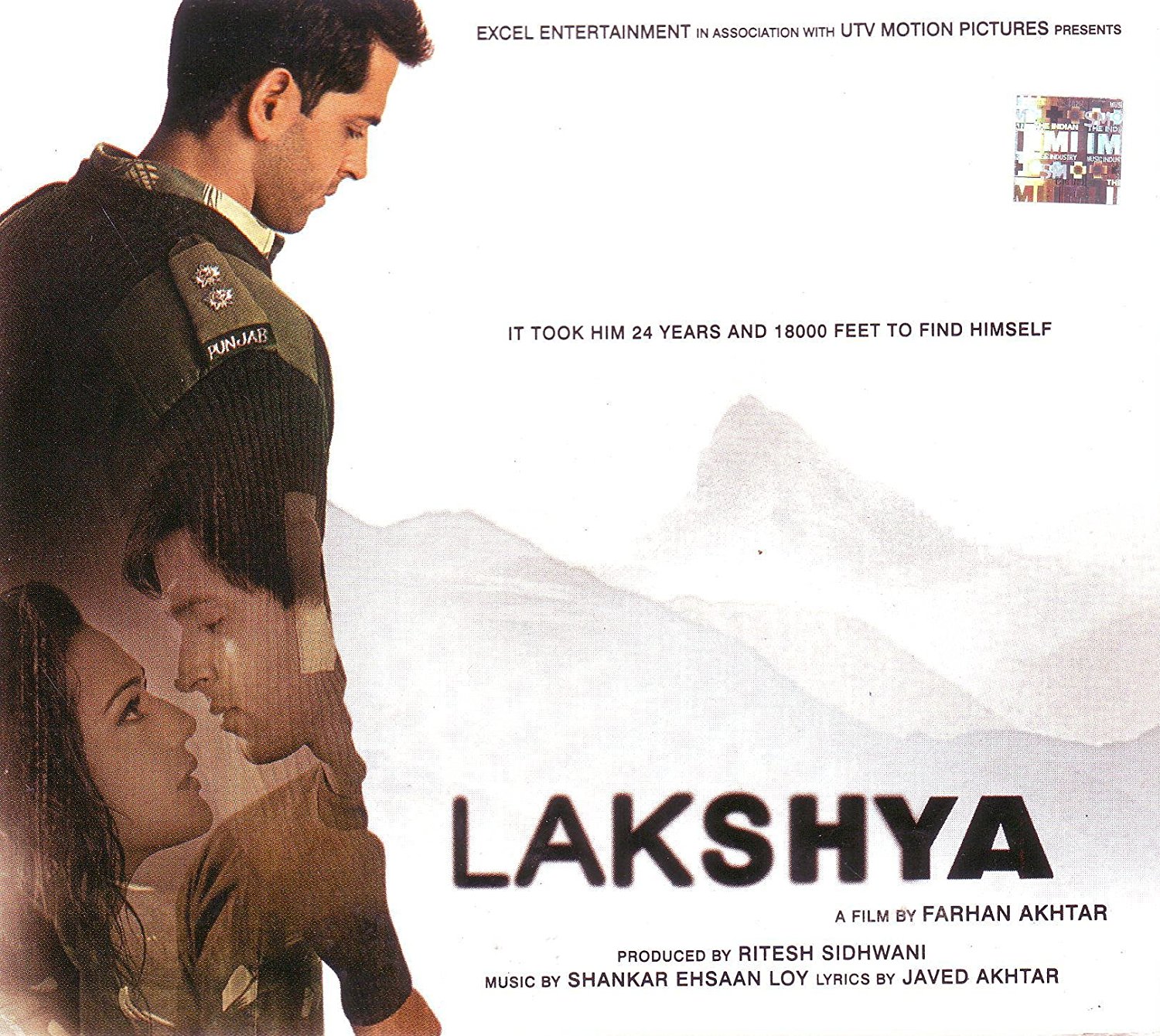 The movie ‘Mission Kashmir’ is an Indian action drama movie and that has been directed, produced, and written by Vidhu Vinod Chopra. The movie features Sanjay Dutt, Hrithik Roshan, Preity Zinta, Sonali Kulkarni, and Jackie Shroff in the lead. The music in the movie has been given by Shankar-Ehsaan-Loy. The movie which got released on October 27, 2000. The movie follows the life and the tragedy of a young boy and he has a name ‘Altaaf’ and in the movie, his entire family has been killed by the accidentally by the police officer and the police officer who is responsible for this has adopted that boy and when the  Altraaf finds out that he killed his parents he seeks for the revenge and later he becomes a terrorist. The movie deals with terrorism and the tragedy of all the children who all are suffering from the war. The movie has been rated as the R in America and that is due to the violence. However, the film was screened at the Stockholm International Film Festival. 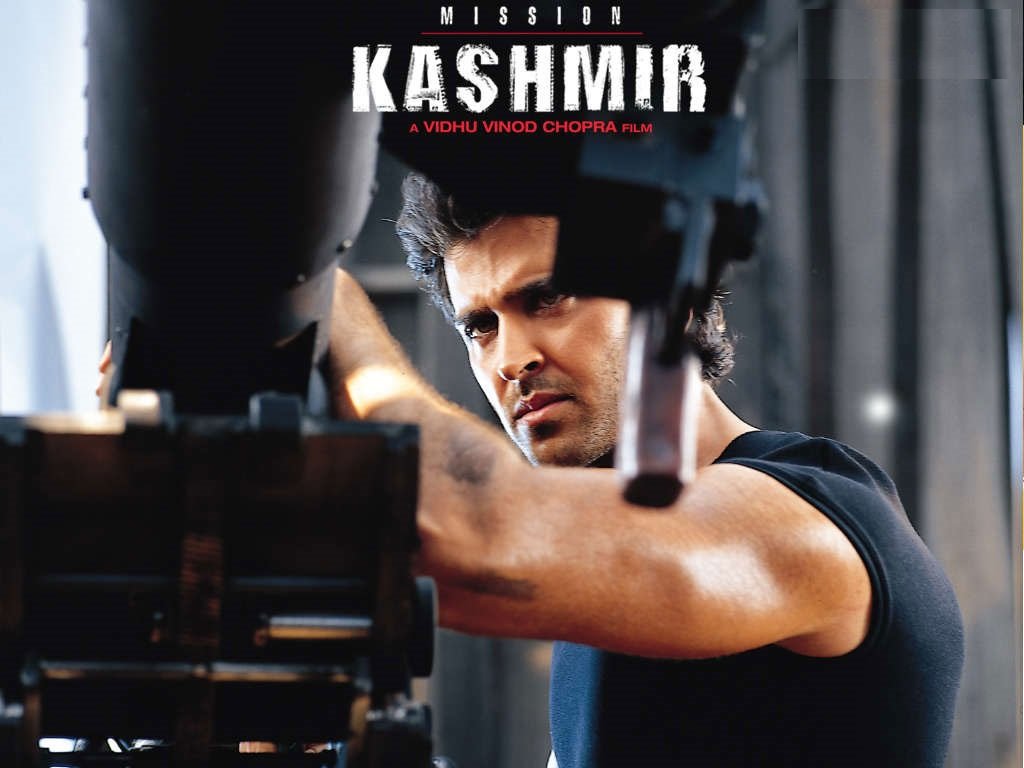