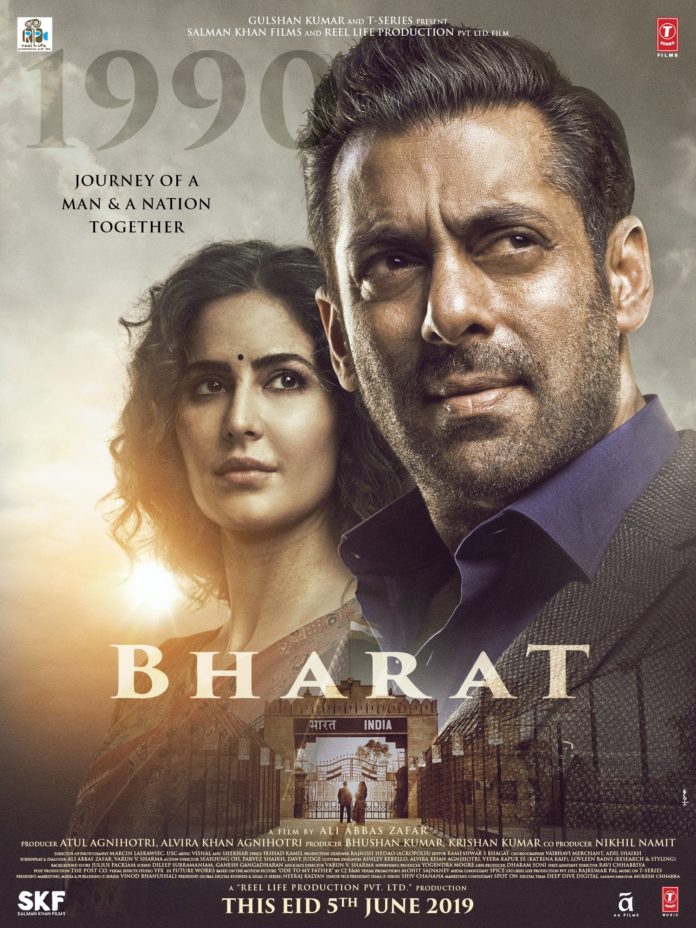 Ali Abbas Zafar’s ‘Bharat’ created buzz as soon as it was announced. The reason behind the hype created around it was the lead couple who has earlier given some blockbusters like ‘Ek Tha Tiger’. Now the official trailer of the Salman Khan and Katrina Kaif starrer ‘Bharat’ is finally out.

The three-minute long trailer opens with Salman’s voice-over “People think that a middle-class old man must have had a boring life,” and introduces his younger version through this monologue. As the video proceeds, it introduces other characters like Disha Patani, Sunil Grover, Katrina Kaif and others.