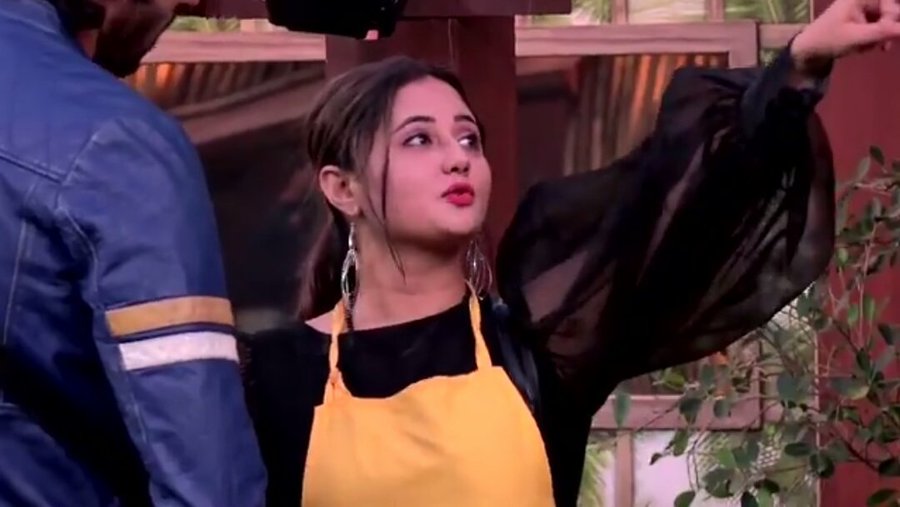 The recent episode of Bigg Boss 13 begins with Asim confessing his love Himanshi. Asim genuinely loves Himanshi, but he knows that she’s committed to someone else outside the house. Himanshi replies that she adores Asim as a friend, and won’t ever be able to form a romantic relationship with him because of her commitments. The next day, most of the housemates stay asleep even as several alarms ring to wake them from their slumbers. Shehnaz asks Asim to talk to Siddharth, as he’s feeling unwell and needs support. Mahira demands punishment for all the housemates who broke the rules. Asim goes to Siddharth and talks about his health.

Shehnaz and Hindustani Bhau get into a fight because she accuses him of oversleeping. Rashami makes a baby out of a towel and steals Mahira’s extensions. They begin to exchange taunts, and mock each other, while Madhurima wonders if Mahira is psychologically healthy enough to stay in the house or not.

A new task announced and the housemates are divided into two teams: Team Shehnaz, with Shefali, Arti, Asim, Himanshi, Mahira. And team Arhaan, with Vikas, Rashami, Shefali Jariwala, Arhaan, Madhurima, and Vishal. Siddharth is exempt from the task because he’s unwell. The task demands the contestants to pull two buckets from a well, and then struggle for them with each other. The first round begins with a scuffle between Vishal and Asim. As the task is in process, Shehnaz grabs Rashami’s towel baby and flings it in the pool.

Mahira begins to scream because she thinks nobody is playing according to rules. Rashami is hurt. Bigg Boss ends the task because people are getting hurt. Rashami angrily says they shouldn’t be told to such dangerous tasks. Mahira steals Rashami’s possessions. Rashami suffers a hairline fracture in her finger and makes a big drama about it, asking Bigg Boss to call her in the confession room. In the confession room, she blames everything on Mahira and wants to leave the house. Bigg Boss tells Rashami it’s her decision to act on the situation.