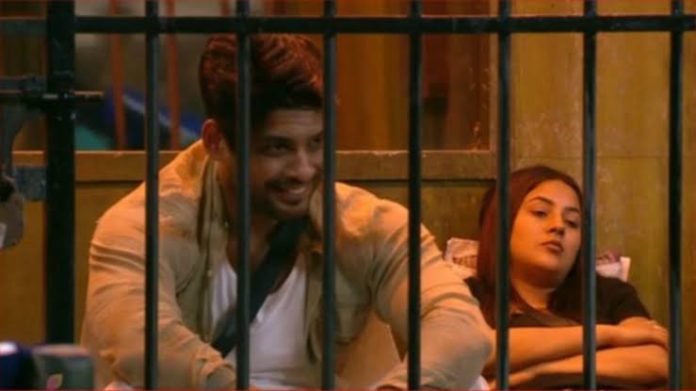 The episode begins with Rashami, Himanshi, Shefali and Asim discussing about Siddharth’s aim to save his captaincy by restricting the ration. Rashami objects to Siddharth’s penchant of taking sole decisions without having a conversation with everyone in the house. In the morning, Shehnaz asks Rashami to give her tea leaves. Rashami decides to make tea herself. Siddharth doesn’t let Shehnaz give milk packets to Rashami, which leads to a fight between the two. Later, Paras and Arhaan talk about Arhaan’s girlfriend, Akansha, and what led to the demise of their relationship. Arhaan accuses Siddharth of being the reason of their breakup.

Asim sits besides Himanshi and gives her compliments. He calls her cute, and gushes over her chubby face. Himanshi teases him by saying he should focus on other things than just complimenting her. Shehnaz and Madhurima have a discussion about her relationship with Vishal. Madhurima says their breakup as very vicious and their is no chance of a reconciliation. Meanwhile, Vishal is getting increasingly uncomfortable with Madhurima’s presence in the house and asks Bigg Boss to call him to the confession room.

It’s time for the nomination process, and Siddharth, as captain is given a special power to nominate contestants by giving reasons for his choice. Mahira and Asim were brought to stand before him, and he nominated Asim because he’s a stronger contestant. Between Shefali, Himanshi and Hindustani Bhau, Siddharth saved the latter. Rashami watched Siddharth and accused him of playing favorites. Siddharth nominated Rashami, and saved Vishal. He accused her of having a problem with everything and explained that they’ve had multiple fights in the house already. In a shocking move, Siddharth nominated Arti and saved Paras. Shehnaz was particularly irked by this, and decided to stay away from him. Siddharth tried to talk to her but she ignored him. Later at night, they both reconciled. However, Rashami and Shefali noticed Shehnaz gets jealous of every girl who interacts with Siddharth.