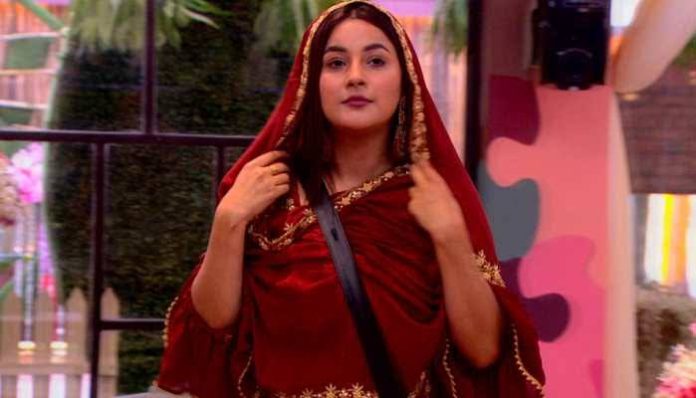 Shehnaz Gill is one of the most entertaining contestants of the thirteenth season of Bigg Boss. Her charming, and funny personality has endeared her to the majority of members of the house and won her a lot of fans on social media. But, it seems not everyone is attracted to her loud, and off beat personality. As evidenced by many instance in which the housemates her pointed out to her disruptive behavior. In a recent clip, Shehnaz seems to have fallen from grace after the exit of her best friend Siddharth Shukla from the house.

Shehnaz approaches Rashami Desai, to talk to her, but finds that she’s upset with her. She asks her the reason, and Rashami accuses of hurting her. When Shehnaz snatched the doll from Rashami hands, which caused the fracture in her finger. Shehnaz says she was unaware that Rashami got hurt because of her, and shows her remorse for her injury. Rashami then points out Shehnaz said on the weekend that she’d do this kind of foolish thing again. Rashami isn’t interested in talking with Shehnaz, even as she pleads with her.

Shehnaz then sits alone in a corner and begins to cry because she misses Siddharth. She says only he talks to her properly in the whole house. At the end of the clip, she sits with Arti and says everyone makes mistakes, and she did make one as well. It remains to be seen if Rashami will forgive her for her mistake…