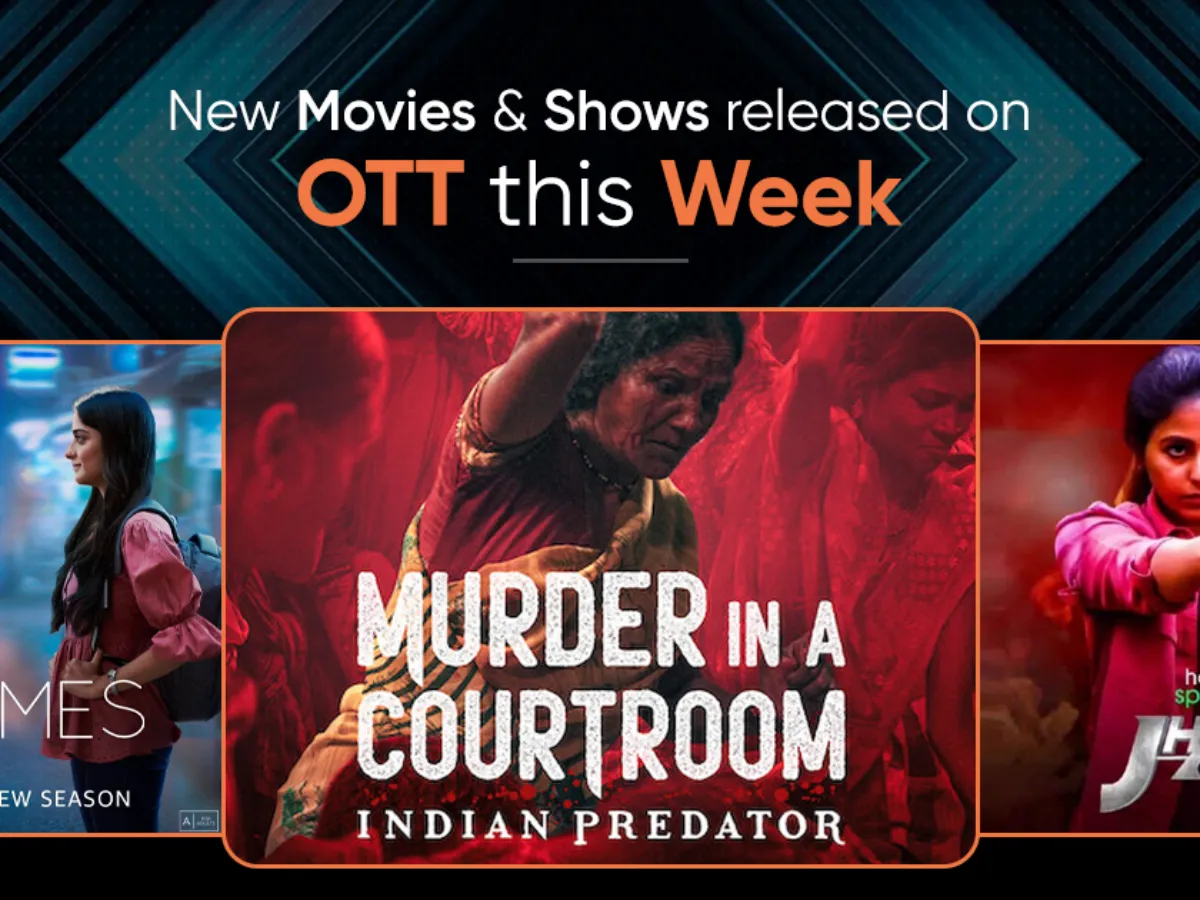 Searching for movies and shows to watch this weekend? Here is a guide to the top films and web series released on OTT platforms this week. From Disney+ Hotstar’s Jhansi to Flames: Season 3, we provide you with what is available for your entertainment this week.

We have compiled a list of the top movies and shows releasing this week for cinephiles.

The brand new Telugu drama Jhansi revolves around a protagonist, a fearless cop, a mother and a wife, who suffers from amnesia. The story follows her journey on how she tackles life-threatening situations fighting off the goons to protect her family.

The suspenseful thriller is based on the American journalist Charles Graeber’s 2013 book of the same name. The story revolves around a nurse and serial killer Charles Cullen. The thriller drama is currently streaming on Netflix.

Kendra Malley, who recently lost her husband, is chosen to head the team looking into the tragedy when Flight 716 vanishes over the Atlantic Ocean. Her crew efforts to find the missing aircraft and locate potential survivors while the entire world watches.

The show features Archie Panjabi, a recipient of an Emmy Award, and Kendra Malley.

4. Indian Predator: Murder In A Courtroom

The crime documentary series returns with its third instalment which revolves around a murderer and rapist Akku Yadav. While the culprit has committed a number of crimes over a decade, he dies after several women marches into the courtroom and kills him by throwing stones at him.

After massive hits over the two seasons, the TVF originals rom-com Flames is back with a brand new season. The third season will showcase the challenges faced by Rajat and Ishita in their relationship. The web series is currently streaming on Amazon Prime Video.