The Indian Wire » Entertainment » List of 8 most popular, top Bollywood movies based on Music Music is an important part of the Indian film industry, apart from a means of entertainment music is meant to add meaning to the story. It plays a vital role in setting up the stories, defining characters, describing events in the story, and many more. In our film industry, many of the films even become a major hit just for the sake of it’s widely appreciated music. The songs are one of the biggest reasons why films are loved. Though we have witnessed a huge decline when it comes to music in our films as most of them include poor remakes and remixes.

Yet there are few music artists who are known for delivering the best and original music which adds a shine to the stories and we must definitely appreciate such artists. Hence, there are very rare films whose music actually melts our heart, and are worth calling musical cinema. So, we bring you a list of eight musical films of Bollywood which you will definitely love and admire for its soulful music. Rockstar is one of the masterpieces created by Imtiaz Ali in terms of story, screenplay performances and most importantly the heartwarming music by A R Rahman, every song of this album comes up with magic in it. Every song of this album is there for a reason to define the different points in the whole story. To begin with is ‘Kun Faya Kun’ the one which opens up the pandora box of life in front of Janardan, the protagonist, and how it leads him to a journey from Janardan to Jordan.

Various other songs like ‘Phir Se Udd Chala’ and ‘Katiya Karu’ are part of the protagonist’s story as every act of his life are defined through these songs and adding up the thrill of the climax is ‘Nadaan Parindey’ and concluding with ‘Tum Ho’ makes it a best musical experience. Hence, it makes it to this list with powerful and original music.

Well, you might be confused about why Tumbbad is here on this list? The simple answer to your question is that it is not just about having numerous songs in the film, it is also about the soundtracks which unknowingly add the intensity to a scene and Tumbbad is one such film where music has been planned very carefully and it is an important organ of the story which defines each and every strong scene of the film and makes it an intense watch. The soundtracks were organized as per each and every scene by Jesper Kyd, an international music artist. You will admire its beauty if you check out the making of Tumbbad’s music.

And there’s one song which is the title track composed by Ajay-Atul and some of the powerful lyrics which we have never heard in any Hindi songs before which were written by Raj Shekhar. Like the story, the music of Tumbbad too played an important role in executing the film as a masterpiece. The adaptation of epic folklore Laila and Majnu, this film was packed with powerful performances by Avinash Tiwary and Tripti Dimri. Directed by Sajid Ali, the music for this film was composed by Niladri Kumar and Joi Barua. The songs like ‘Aahista Aahista’ and ‘O Meri Laila’ received a lot of love from the audience and this soulful music makes this film one of the best musical films in recent times.

The songs ‘Tose Naina Lage’ and ‘Maula Mere Maula’ are still residing in the hearts of many music lovers and will continue to do so for a long time. The 2007 film Anwar directed by Manish Jha is known widely for this heartwarming and soothing music composed by Pankaj Awasthi and Mithoon. This is one of the very earlier works of Mithoon who is now known for producing the best and original music in the Indian Cinema. Vishal Bhardwaj’s adaptation of Shakespeare’s Othello was highly appreciated for the execution of the story and best performances. And when it comes to music, I would say it is quite an underrated album. Music composed by Bhardwaj himself, the songs perfectly describe each and every event in the story. For instance ‘Naina Thag Lenge’ sung by Rahat Fateh Ali Khan still gives us the chills of the story as this song is where viewers are made aware that somewhere there are seeds of betrayal being sown. 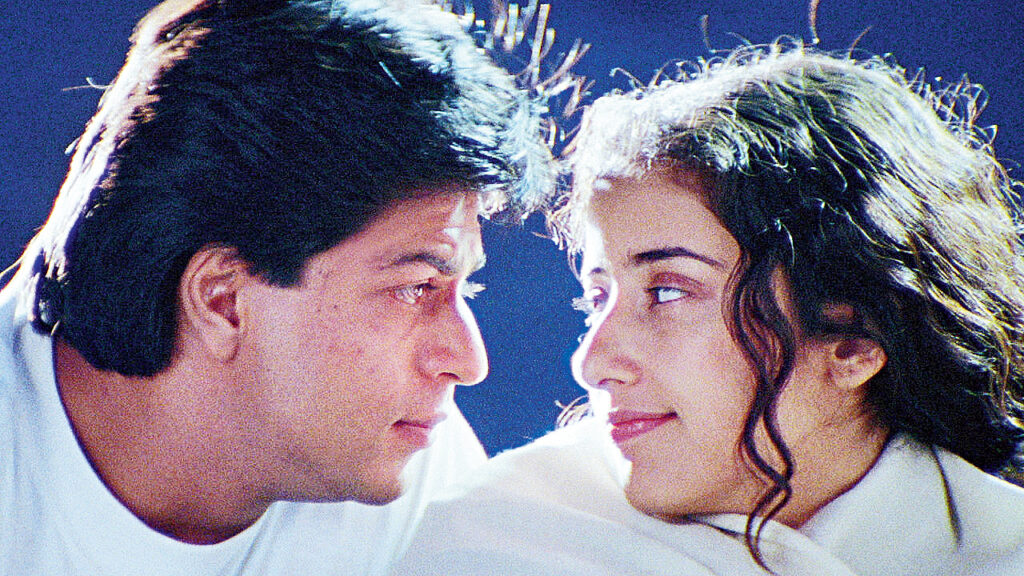 Another musical maestro by A R Rahman is the album of the film Dil Se directed by Mani Ratnam. The title song itself is a mixture of various tunes which is complicated but is executed in such a way that we will never forget it, then the song Ae Ajnabi which is another great song of this album which is used for defining the conditions of both the lead characters played by Shah Rukh Khan and Manisha Koirala respectively. An album that can be added into the list of best works of Rahman. The music of Dil Se is the soul of its story. Hence, it plays a vital role in the film. This is the most underrated film of Anurag Basu, the film was stalled for many reasons and hence was released pretty late which unfortunately led to disinterest in the audience as many of them judged the film based on its trailer. The film is a master of storytelling and the main highlight of this film is that it uses the medium of music for its different narrative parts. Music composed by Pritam adds up to the honesty and simplicity of its story. The film deserves a watch for its epic musical treat. A music album which is quite mainstream and is loved by all the Indian audience is from Mohit Suri’s Aashiqui 2. The music was composed by various artists including Ankit Tiwari, Mithoon, Jeet Ganguly and Raju Singh. Each and every song is still fresh in the minds of Hindi music admirers. The unknown fact is that this film was a major hit mainly because of the epic and original music created by the team. Though the story was good and performances were great, it will always be remembered for its soulful music.

So, that was the list. Let us know your favorites in the comment box below. Share your views and stay tuned to The Indian Wire for more such articles and features.