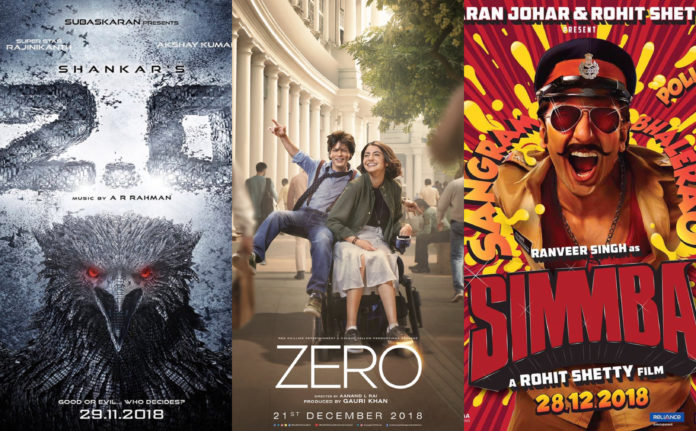 Bollywood definitely saved the best for the last. Three most awaited movies are about to hit big screen soon and might break or create new records.

Rajinikanth‘s ‘2.0‘  will release on November 29 and all eyes are turned towards a film which had already collected Rs 120 crores by advance booking. ‘2.0’ was supposed to release last year on Diwali but since then the release date shifted thrice. The director wanted to make it perfect and perfections needs time.

Another much awaited movie is Shah Rukh Khan‘s ‘Zero‘. Teaser of the film was enough to make SRKians go crazy, and now they are anxiously waiting for Bauua, Shah Rukh’s character in the film.

Ranveer Singh‘s ‘Simmba‘ will be the last movie of this year. Sara Ali Khan is the female lead, opposite Ranveer, in the film.

These three big movies, are expected to rewrite the record books. By the end of this year, Box Office will witness big changes.