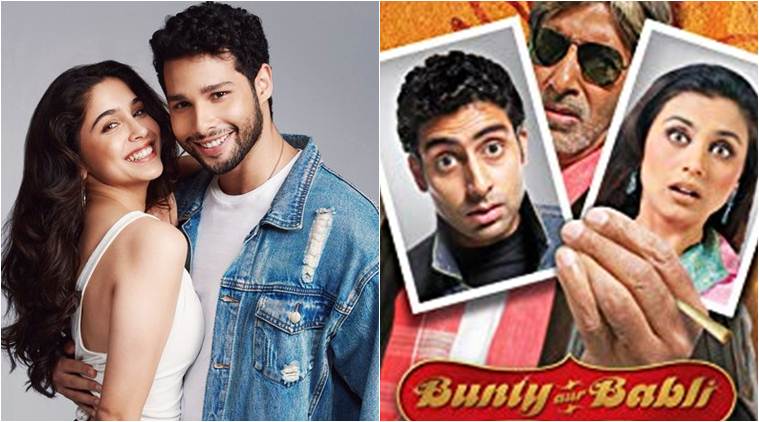 Siddhant Chaturvedi, who received applause for playing MC Sher in Zoya Akhtar’s Gully Boy earlier this year, is now all set to star as the male lead in Bunty Aur Babli 2.The film will mark the debut of Sharvari as the female lead. The announcement was made on the official Twitter page of Yash Raj Films (YRF) which will be backing the project.

The film will be written and directed by Varun Sharma who has worked as an assistant director in films like Sultan and Tiger Zinda Hai which were also backed by YRF.

Talking about the lead pair, Sharma said in a statement as reported by news agency PTI, “Given the film and the roles, they are definitely the perfect casting. They are a fresh, hot pair and their chemistry and energy is infectious.”

He praised Chaturvedi and said, “Siddhant caught everyone’s eye with his brilliant acting debut in Gully Boy and became the heartthrob of the nation. We are very excited to have him play the role of Bunty. He is a superb actor, is extremely charming and he fits the role perfectly.”

He also revealed that the female lead actor hails from Mumbai and was discovered by YRF last year. Sharvari has been undergoing grooming and training sessions by the studio. “She is an extremely special actress to watch out for. She is a powerful performer and you have to watch her on-screen to understand what we mean.,” Sharma told the news agency.

Bunty Aur Babli 2 is the sequel of Shaad Ali directorial of the same name that came out in 2005 and emerged as one of the highest grossing films of the year. The film starred Abhishek Bachchan, Rani Mukerji and Amitabh Bachchan. It was previously reported that the sequel will mark the return of Mukerji while junior Bachchan would be replaced by Saif Ali Khan. There is no word from the makers on that yet.